Englewood residents get land to build dreams for the community... 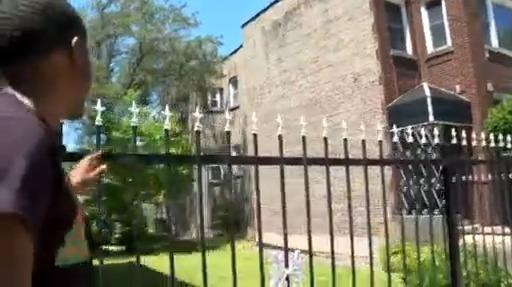 CHICAGO (CBS) — It is a one-of-a-kind gift that is helping strengthen and beautify one Chicago neighborhood.

CBS 2’s Steven Graves introduces us to one lucky winner and his plans to pour love into his community.

As Dr. Marlon Haywood walks down Loomis near 62nd street in Englewood…

There are sweet moments of his childhood spent with Grandma come to mind.

“She had a candy store on the block with the candy and the icy cups.”

It’s also where a dream developed.

“I used to walk past the abandoned buildings when I was younger and would say ‘who’s going to be the one to make that change?”

Now at 35 years old, he is a part of that change, walking on his newly owned lot, only feet from where he grew up with his grandma.

He won the 3,720 vacant parcel this past Sunday, completely free. The Resident Association of Greater Englewood or R.A.G.E. teamed up with the Cook County Land Bank to celebrate Juneteenth. Winners had to own property on the block where the vacant lot was.

“At the end of the day, we want people to be able to pass along something to their f…