Emmy Predictions: Lead Actress in a Limited Series or TV... 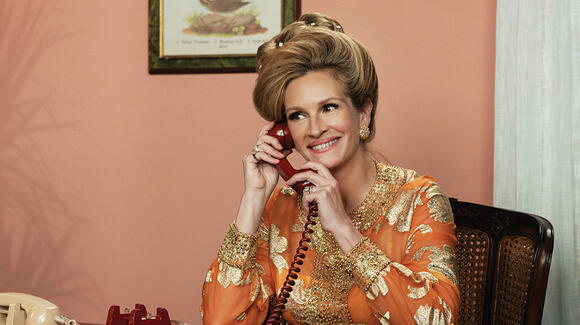 Variety Awards Circuit section is the home for all awards news and related content throughout the year, featuring the following: the official awards predictions for the upcoming Oscars and Emmys ceremonies, curated by Variety senior awards editor Clayton Davis; Awards Circuit Column, a weekly analysis dissecting the trends and contenders by television editor Michael Schneider (for Emmys) and Davis (for Oscars); Awards Circuit Podcast, a weekly interview series with talent and an expert roundtable discussion; and Awards Circuit Video analyzes various categories and contenders by Variety’s leading awards pundits. Variety’s unmatched coverage gives its readership unbeatable exposure in print and online, as well as provide inside reports on all the contenders in this year’s awards season races.

To see all the latest predictions, of all the categories, in one place, visit THE EMMYS COLLECTIVE
Visit each category, per the individual awards show from THE EMMYS HUB
To see old predictions and commentary, click the EMMY PREDICTIONS ARCHIVES
For film awards predictions go to THE OSCARS HUB

Julia Roberts has two previous Emmy nominations to her credit – guest actress (drama) for “Law & Order” in 1999 and supporting actress (limited) for “The Normal Heart” in 2014. She was famously omitted in 2018 for her work in “Homecoming,” despite the mixed reviews. With Starz’s “Gaslit,” it remains to be seen how far her star power will take her in the race. As a well-established actress, she can muster the goodwill to get past many of the younger ingenues and newcomers in the conversation.

Fresh off winning her first Academy Award for best actress for her transformative work in “The Eyes of Tammy Faye,” Jessica Chastain hopes to join the likes of Helen Mirren (Stephen Frears’ “The Queen” and HBO’s “Elizabeth I”), who won Oscars and Emmys in the same year. Her raw turn alongside Oscar Isaac in HBO’s “Scenes from a Marriage,” a remake of Ingrid Bergman’s limited series, is audacious as it is riveting, something the Academy can easily recognize.

British actress Lily James becomes Pamela Anderson in the Hulu limited series “Pam and Tommy,” which has her delivering her best career turn yet. Alongside Sebastian Stan, the two re-create one of the most controversial and highly publicized controversies in media history, and she owns every frame she inhabits. (Check out her full conversation on “Variety Actors on Actors” with Tom Hiddleston)

Australian actress Toni Collette is an Emmy winner for “Unbelievable” and “United States of Tara,” who’s been delivering fantastic work for decades. Opposite Colin Firth in the HBO thrilling limited series “The Staircase,” she’s front and center in one of the most delicate turns yet. While a supporting actress submission may have been warranted (especially given the competition in the field), she has enough voters that respect her work in the TV Academy. Her well-reviewed turn in Netflix’s “Pieces of Her” also helps her.

Netflix has put a lot of resources behind “Maid,” their limited series that stars real-life mother and daughter Margaret Qualley and Andie MacDowell, and the former is the one agreed-upon bright spot for the show. She’s shown her range with feature turns like “Novitiate” and “Once Upon a Time in Hollywood,” and her work is highly competitive in this stacked race.

It’s a transformation that captured the zeitgeist (and “SNL”), pushing two-time Emmy winner Julia Garner in the mix for a possible double-acting nom for “Inventing Anna,” along with her slam dunk gift to “Ozark,” another Netflix series. Her scenes with Emmy darling Anna Chlumsky are where she shines the brightest and could push her near the top.

Winning two Oscars for “Cold Mountain” and “Judy,” Renee Zellweger continues her comeback story with the Peacock miniseries, “The Thing About Pam.” While the show may not have broken out in a big way, there’s a lot of respect for her that could translate with her acting colleagues.

An Oscar-winner for “Les Miserables,” Anne Hathaway is the emotional anchor of the Apple TV+ limited series “WeCrashed,” which also stars Jared Leto. An Emmy winner for her voice work on an episode of “The Simpsons,” and with a big year ahead in film (including great work in James Gray’s “Armageddon Time”), she could charm her way to another Emmy nomination. (Check out her entire conversation on “Variety Actors on Actors” with Jeremy Strong)

Making her mark in films and television for decades, Jessica Biel stars and executive produces this chilling story about the murder of a housewife in Hulu’s late-breaking series “Candy.” With a fabulous cast that includes Melanie Lynskey and Pablo Schreiber, she continues to explore new and exciting characters for herself (i.e., “The Sinner”).

Latina breakout Jenna Ortega delivers a raw and heartbreaking performance as a school shooting survivor in the HBO Max film “The Fallout” that debuted at the Sundance Film Festival in 2021. She’s adding more projects to her resume, and if enough TV Academy voters give the film a shot, she’s an undeniable shoo-in for her first Emmy nom.

A double threat this year at the Emmys, along with her lead actress comedy bid in “The Great,” another Hulu series, Elle Fanning, is on fire in her career. Also serving as an executive producer, the 24-year-old actress could be one of the youngest ever nominated, which would be warranted due to her turn as the controversial real-life figure.

As the phase one period progresses, Amanda Seyfried looks more like a runaway for this award for her work as the controversial pharmaceutical entrepreneur in the Hulu miniseries “The Dropout.” However, as the weeks continue, her voice inflections and commitment to her character could become the one concrete nomination (and maybe win?).

A few other potential surprises have been generating buzz the last few weeks, including Viola Davis and Michelle Pfeiffer (“The First Lady”) and Adrienne Warren (“Women of the Movement”). (Check out Davis’ entire conversation on “Variety Actors on Actors” with Samuel L. Jackson)

The nomination round of voting runs from June 16 to June 27. The official nominations for the 74th Emmy Awards will be announced Tuesday, July 12.

The list of programs and potential nominees listed below is incomplete and is subject to change. The complete television awards season calendar is linked here .

ALL AWARDS CONTENDERS AND RANKINGS :

The Primetime Emmy Awards, better known simply as the Emmys, is television’s most prestigious artistic award. Many records have been held for wins and nominations in the near eight decades.

For nominations: Helen Mirren is the most nominated actress in this category with 10. Judy Davis and Jessica Lange are second with seven each.