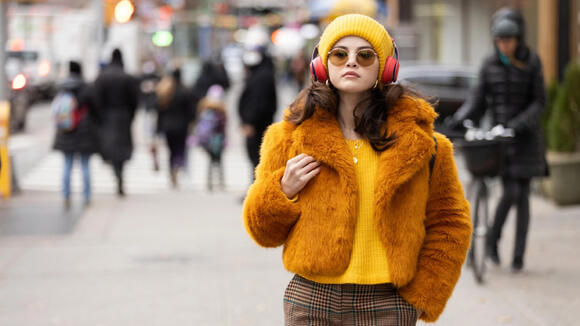 Variety Awards Circuit section is the home for all awards news and related content throughout the year, featuring the following: the official awards predictions for the upcoming Oscars and Emmys ceremonies, curated by Variety senior awards editor Clayton Davis; Awards Circuit Column, a weekly analysis dissecting the trends and contenders by television editor Michael Schneider (for Emmys) and Davis (for Oscars); Awards Circuit Podcast, a weekly interview series with talent and an expert roundtable discussion; and Awards Circuit Video analyzes various categories and contenders by Variety’s leading awards pundits. Variety’s unmatched coverage gives its readership unbeatable exposure in print and online, as well as provide inside reports on all the contenders in this year’s awards season races.

To see all the latest predictions, of all the categories, in one place, visit THE EMMYS COLLECTIVE
Visit each category, per the individual awards show from THE EMMYS HUB
To see old predictions and commentary, click the EMMY PREDICTIONS ARCHIVES
For film awards predictions go to THE OSCARS HUB

Women of color are ruling the comedy kingdom this year, and it feels amazing to watch (and way overdue).

Not just a social media superstar, Selena Gomez , the singer, producer and actress holds her own, even stealing scenes in Hulu’s hilarious mystery romp, alongside Steve Martin and Martin Short. The acting sensation could be the third Latina ever nominated in this category, possibly even becoming the first double nominee, as an executive producer for “Only Murders in the Building.” The airing of the second season during voting will also help it on the campaign trail. With any “celebrity,” it often takes some time for awards shows that recognize “achievements” to warm up to the notion that a person is a revered artist and actor (see Kristen Stewart’s multiple snubs before her Oscar nom for “Spencer”). I dare any TV Academy member to watch episode two of “Only Murders” titled, “Who is Tim Kono?” and not believe she delivers one of the best performances on TV from the past year.

Quinta Brunson is the Prom Queen of the season so far, with the executive producer, writer and star blazing onto the scene for the breakout ABC series “Abbott Elementary.” With a history-making moment on the table, if she’s triple nominated in the comedy races, her best chance for a win looks to be her work as the lovable teacher, determined to make a difference in her Philadelphia school.

As the broadcast comedy series bids adieu, the four-time Emmy acting nominee Tracee Ellis Ross looks to nab her overdue win, which would make her only the second Black woman to win this category after Isabel Sanford for “The Jeffersons” more than 60 years ago. A possible double nomination as an executive producer, if the show makes the comedy series lineup, will help the campaign.

Another farewell season in the mix, Issa Rae ’s quick-witted “Insecure” received a proper send-off on HBO. After netting noms for comedy series and lead actress last year (along with fellow nominee Tracee Ellis Ross, they were the first Black women to achieve this feat in the comedy categories) she could duplicate the success once again if voters warm up to it. Can HBO keep the show at the top of mind with voters with so many contenders vying for attention?

Tiffany Haddish , the Emmy winner (for guest actress comedy for “Saturday Night Live” in 2018, creates a funny, and realistic detective in the Phil Lord and Chris Miller-produced whodunit comedy series “The Afterparty.” With the power of Apple TV+ behind her, she could sneak into a lineup where the field is robust with multiple hilarious Black comedians contending for spots.

Never underestimate the power of Netflix, as the streamer is putting its muscle behind Sandra Oh ’s work in “The Chair” especially since she’s in the conversation on the drama side for “Killing Eve.” Can she become a surprise double nominee, the first Asian to ever land two acting noms in history? The chances are looking good.

The reigning champ of this category, multiple Emmy winner Jean Smart ’s work in the second season of “Hacks” is better than ever. So good, that this could bring a new wave of wins that will mirror Julia Louis-Dreyfus in “Veep,” possibly nearly sweeping this category every season until the show comes to an end.

The return of Carrie Bradshaw in the HBO Max revival series “And Just Like That…” was huge for the platform, reminding the world why Sarah Jessica Parker won an Emmy along the way for her beloved character. While critics weren’t as enthusiastic this time around, her industry clout could propel her to the forefront, and land an establishment nom that the TV Academy tends to do.

After a year off, the Amazon Prime comedy series “The Marvelous Mrs. Maisel” is back for its penultimate season, with Emmy winner Rachel Brosnahan as good as ever. A familiar choice among voters, her nom feels like a safe bet and may lay the groundwork for a final hurrah with the Emmy crowd for her beloved character. Could that lead to some love this year, remains to be seen.

“The Flight Attendant” from HBO Max is back for its second season, and Kaley Cuoco , who also executive produces, delivers consistent work that’s been well-received by critics. Coming off her first nom as Cassie, she’s one of the only consecutive comedy series in the running from last year, that could make an impact once again.

The nomination round of voting runs from June 16-27. The official nominations for the 74th Emmy Awards will be announced Tuesday, July 12.

The list of programs and potential nominees listed below is incomplete and is subject to change. The full television awards season calendar is linked here .

ALL AWARDS CONTENDERS AND RANKINGS :

The Primetime Emmy Awards, better known simply as the Emmys, is television’s most prestigious artistic award. There are many records held for both wins and nominations in the near eight decades.

For wins: Julia Louis-Dreyfus has won this award seven times, the most of any actress, six of which were consecutive for “Veep,” almost the entire run of the series. Candice Bergen and Mary Tyler Moore have won this prize five times over their careers. “Veep” and “Murphy Brown” have been the most nominated series for lead actress comedy.

For nominations: Julia Louis-Dreyfus is the most nominated actress with 12 with Mary Tyler Moore and Bea Arthur behind with 10 and nine.

“The Golden Girls” is the most nominated series with 15 nominations over its run, with “Cheers” behind it with nine.