You can’t help falling in love with Austin Butler.

The 30-year-old actor, who has mostly appeared in crummy TV shows like “The Carrie Diaries” up till now, soulfully croons and sways his hips right into our hearts as Elvis Presley in Baz Luhrmann’s kaleidoscopic new biopic.

The King is one helluva tough assignment.

Unlike Queen frontman Freddie Mercury, the subject of “Bohemian Rhapsody,” and Elton John, who got his own movie with “Rocketman,” Presley comes with more pop-culture baggage than you could stuff into a million Gracelands.

There’s the campy Vegas impersonators, the “thank you, thank you very much” catchphrase, the white jumpsuit, the late-in-life weight gain and, of course, dying on the toilet at age 42.

For such a singular figure in music — still instantly recognizable to teens today in a way that Bruce Springsteen and Paul Simon are not — he’s not allowed much dignity. 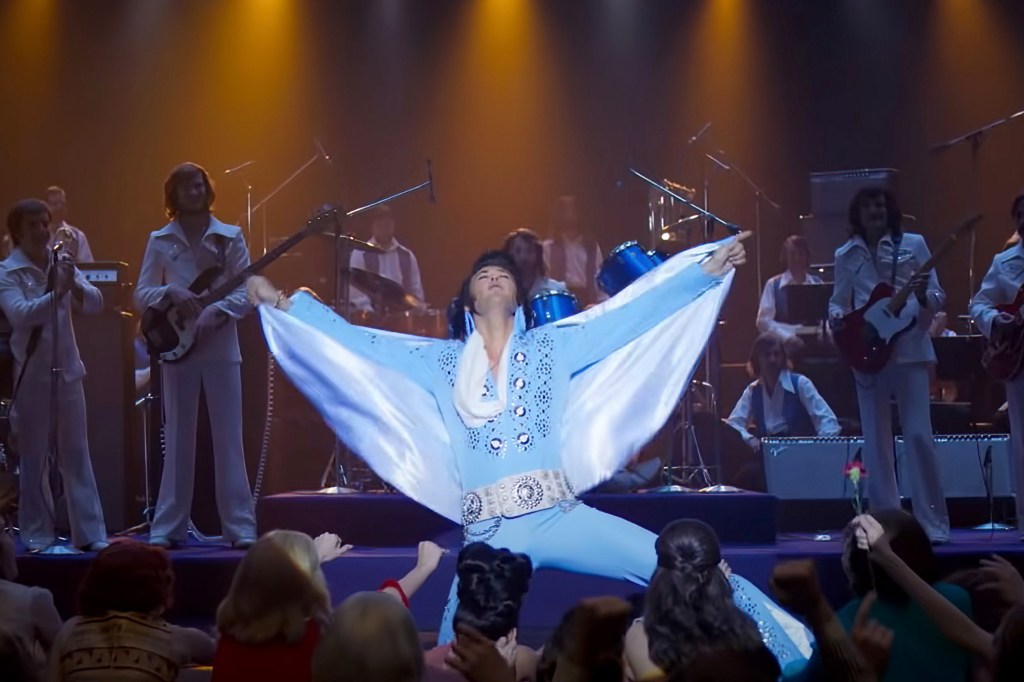 Elvis is often remembered by his looks during his longtime residency in Las Vegas.

Luhrmann’s hugely entertaining film and Butler’s sensational performance are dead set on righting that wrong. A movie that runs on jet fuel and confetti, “Elvis” is a tribute to Presley’s innovative spirit, deep passion for fusing blues, country and gospel music and the intense connection he had with his audience. Elvis taking inspiration from black musicians like B.B. King (Kelvin Harrison Jr.) and Little Richard (Alton Mason, exceptional) is another focus.

More broadly, the movie is about the unique struggles of being ultrafamous during the social tumult, increased visibility and rapidly changing mores of the 1950s through the ’70s. The King goes from obscene disturber-of-the-peace to a has-been for old folks in just two decades.

Where Luhrmann is at his unsurprising best, though, are Elvis’ stage triumphs. Like he did with “Moulin Rouge!,” the Aussie director interprets a nearly 70-year-old moment with wide-open modern eyes and a freewheeling sexuality. At an early show before he goes on tour with nice boy Hank Snow, Elvis starts to shake his body, and the girls in the crowd scream like they’re accusing witches in “The Crucible.” You’ll wanna shout along with them . . . but please keep your underwear on. 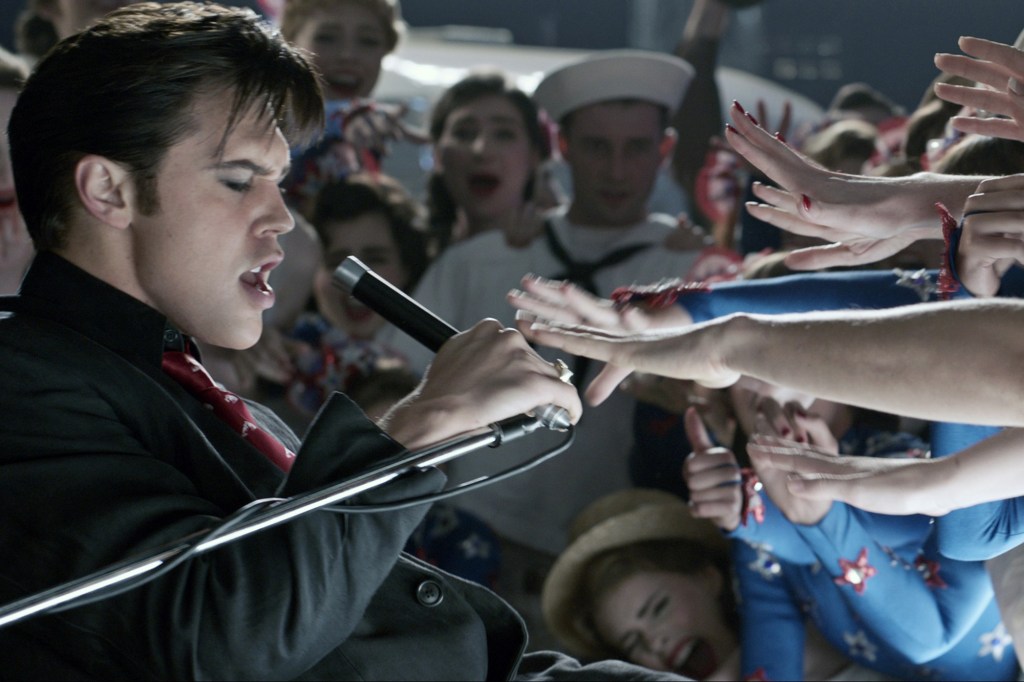 “Hound Dog,” “Can’t Help Falling in Love,” “Suspicious Minds” and “Blue Suede Shoes,” among others, are rowdy and rousing. And Butler and Luhrmann don’t settle for nostalgia with them — they are electric and in your face.

“Elvis” is a long movie, and most of it is devoted to the pitfalls of fame. He meets Priscilla (Olivia DeJonge) when he is serving overseas in Germany, and Lisa Marie is born. But he sleeps around on his wife while on tour, pops pills and has a destructive relationship with his sleazy manager Colonel Tom Parker (Tom Hanks), who pushes him to compromise the identity that fans love him for.

The villain — both in the story and in real life — is Hanks as Elvis’ eccentric and opportunistic manager. What the fresh hell was he thinking? The actor, gunning for a Razzie, puts on a head-scratcher of a voice, like Forrest Gump meets Rumpelstiltskin, perhaps to add to Parker’s secretive backstory. The thing is, Parker never sounded so ridiculous, and Hanks’ Anna Delvey take is distracting. Whe…