Driver says he’s lucky to be alive after being shot... 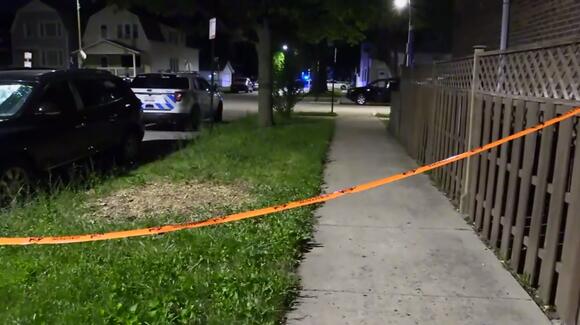 CHICAGO (CBS) — Three bullet holes were fired into a sport-utility vehicle on the city’s Northwest Side early Thursday, and the driver was struck.

The driver spoke to CBS 2’s Suzanne Le Mignot, and reported road rage was the motive for it all. He shared a terrifying story about being shot in the back while driving along Lawrence Avenue right across from Lawler Avenue, at the edge of the Jefferson Park neighborhood.

Four shell casings were found in front of a fire hydrant across the street on Lawrence Avenue. Meanwhile, the victim – who spoke to Le Mignot off camera – said he, his brother, and his brother’s girlfriend are all incredibly lucky to be alive.

The 33-year-old victim said he was driving west here on Lawrence Avenue after leaving work. His brother and his brother’s girlfriend were in the back seat of his black Toyota sport-utility vehicle, and he was giving them a ride to the girlfriend’s house.

The victim said as he was driving the speed limit, he noticed three cars behind him. Each driver was driving erratically.

The victim said as he continued driving the speed limit, one of the drivers pulled up on his right side and gave him an ugly look. Then, another driver came up to the left side of his SUV and said, “What’s your f***ing problem?”