‘Dream On’ highlights how far women in sports have come... 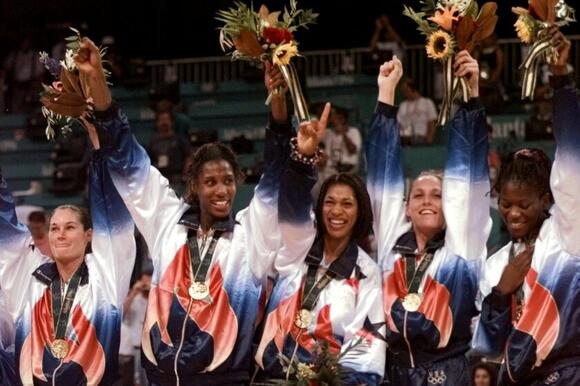 Tara VanDerveer had the best basketball in her neighborhood, so all the boys had no choice but to let her play.

At school, things were different.

As the legendary Stanford women’s basketball coach came of age in a pre- Title IX world, she often found herself watching from the sidelines. No teams existed for girls at that point. No camps. No college scholarships.

In 1972, the year Title IX passed, VanDerveer started playing point guard for Indiana. Her team played a seven-game regular season and practiced at 10 p.m. after the men finished up in the gym. She and her teammates provided their own playing gear and traveled in vans. They paid for their meals.

Two decades later, once VanDerveer experienced success at Stanford, she took a year-long leave of absence from the Cardinal during the 1995-96 season to coach the U.S. women’s national basketball team. The gold-medal winning squad featured in ESPN’s latest 30 for 30 “Dream On” paved the way for the establishment of the WNBA.

The three-part documentary, released June 15 and directed by Kristen Lappas, follows the team’s 52-0 run to the Olympics and all the trials the players faced. Lisa Leslie , Sheryl Swoopes, Dawn Staley , Rebecca Lobo and the rest of the star-studded team never flew first class. The players received a $50,000 stipend for a year of cross country and international play. One woman on the team remarked their NBA counterparts were fined that much for infractions.

Selling themselves with their play on the court wasn’t enough — they had to be marketable off of it, too. That meant looking conventionally feminine and attractive. More easy on the eye and less tough. The assumption was men wouldn’t bother watching if they didn’t look the part. That formula of athletic success and palatability worked though — the WNBA began league play the following summer in 1997.

“I look at the women before Title IX — they carried us on their shoulders,” said Ruthie Bolton, a player on the 1995-96 team. “The ones that didn’t get to play. The ones that even when they started playing, they played half court. … It’s very amazing to see how far the game has come, even though we’ve got a long way to go. But I’m glad that I’ve been one of the players that helped change the trajectory of women’s basketball.”

Since VanDerveer’s formative years, Title IX has passed, the WNBA has been established and women’s sports have gained more visibility. A strong crowd shows up for Stanford women’s basketball games, but VanDerveer said she doesn’t see swarms of media in the arena to cover the athletes who have only grown more skilled.

“I think we’re creatures of habit, and it’s something new and different,” VanDerveer said. “It’s going to take time to develop the fanbase. … People they’re just used to just reading about, for the most part, men’s pro sports because a lot of even colleges don’t get covered anymore. We just have to keep really demanding really good coverage.”

In addition to a lack of media coverage, Nneka Ogwumike , a former Stanford standout and star for the Los Angeles Sparks , pointed to one issue she feels is crucial in advancing the women’s game: “Pay equity.”

After her stint with the U.S. women’s national basketball team, Bolton and several of her teammates joined WNBA rosters. Still, they found themselves playing overseas to make better money. WNBA salaries are low relative to those of the NBA, but Bolton said they were even lower during her playing days.

Current WNBA stars continue to play overseas for these same reasons. That’s what All-Star Brittney Griner was doing in Russia before officials arrested her in February and she began her ongoing detention.

“It’s kind of disappointing to me that people don’t know what our experience is like over there. People were wondering why she was over there and I think that brings to question a larger conversation in pay equity,” Ogwumike said Tuesday after a win over the Washington Mystics. “We go over there not necessarily because we want to but because we have to supplement our income. … So that’s the difficulty of th…