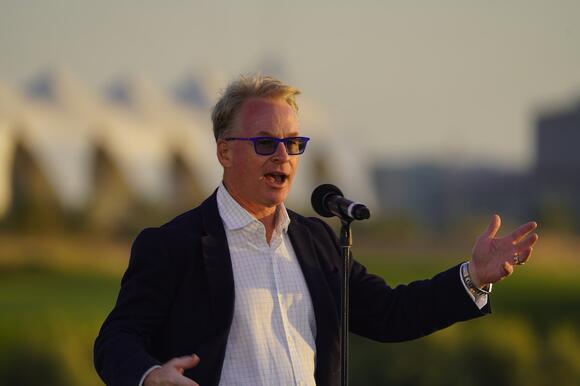 Sixteen players fined £100,000 each, prohibited from playing in Scottish Open for participating in LIV Golf event outside London

NORTH PLAINS, Ore. – Just days after an historic strategic alliance was announced between the DP World Tour and the PGA Tour, a battle has commenced for control of the tour based in Europe.

Sixteen current and past members of the DP World Tour who signed on with LIV Golf are challenging decisions made by DP World Tour CEO Keith Pelley and the tour’s board.

In a letter sent to Pelley earlier this week, the 16 have three grievances: they question the fines of £100,000 levied against DP World Tour members who played in the first LIV event outside London; why they are prohibited from playing in the Genesis Scottish Open, which is a co-sanctioned event with the PGA Tour; and they question the newly announced 13-year deal with the PGA Tour.

The 16 ask that the DP World Tour convene a meeting with the entire membership to review the issues in question.

The genesis of the letter came from a meeting of the 16 DP World members who played in the LIV Golf Invitational in Portland and LIV Golf representatives with knowledge of a meeting last July in Malta between Pelley and representative from DP World and the Saudi Golf League, the precursor to LIV Golf.

The players in question met with LIV Golf on Tuesday in Portland and they were taken through step by step, a package LIV offered to Pelley, which according to a report on a U.K. website, was worth conservatively $700 to $800 million.

“Once I’ve been guided through it and shown in principle how it worked, yeah it was a very big (deal),” said Lee Westwood, one of the 16.

Westwood agrees that every issue that comes across Pelley’s desk can’t receive both board or player review, but certain proposals, due to their value to the players, need board and player scrutiny.

“I think the obligation is certainly to show it to his board in its entirety,” Westwood said. “That’s a fairly big thing, that proposal that can affect everybody on the top from No. 1 in the exemption categories, right down to (No.) 300.”

In the press conference announcing the DP World – PGA Tour expanded alliance on Tuesday, Pelley was asked about the Malta meeting.

“We never received a formal written offer from P 54 (Performance 54, a marketing firm that represents the Saudis) or Golf Saudi but instead received a presentation,” Pelley said. “We received the presentation that was given to us in Malta.”

“That was brought to our board in September of 2021. And as I said, the assessment for that particular presentation was not as strong as the proposal that was given to us by Raine Capital and PGL (Premier Golf League) that we had turned down in November of 2020.”

Louis Oosthuizen signed on as one of the 16, even though he resigned his membership after the BMW International Open concluded last week in Munich.

“I don’t think the players know,” Oosthuizen said about the Malta presentation. “Playing in BMW last week and speaking to a lot of the guys and it was always like hearsay, what was offered and then we saw the whole presentation. There’s no chance those players knew what they were actually offered. So, whether it’s going to come out, I don’t know. But there was sort of eye opener that someone isn’t being really honest, and not telling the truth. So that’s why I think we had to do something.”

One clear message from the 16 is that they want the opportunity to continue to play on the DP World Tour and the idea they would be fined is abhorrent to them.

Yet, if they find themselves unwelcome, they would rather step away. However, for those who have been involved in growing the tour and have spent years playing in events with smaller purses than those on the PGA Tour, the entire exercise is difficult to stomach.

Graeme McDowell said the primary reason for the letter is, “For everyone to have a conversation. I just think there’s a lot of guys that feel a lot of loyalty and a lot of love towards the European Tour. More so than the PGA Tour because this is where we grew up.

“And I feel like Tiger Woods and Phil Mickelson and guys like that built the PGA Tour that we know today. I think guys like Sergio Garcia, Lee Westwood, Ian Poulter, Martin Kaymer and myself maybe made the European Tour that it is today. And I feel like we just want to have a conversation.”

Last week in Munich, the home of the BMW International Open, Kaymer was returning to his home country to play in an event he has played in every year it’s been contested since 1989.

It wasn’t a pleasant experience, and it was just one of the reasons he put his name on the letter asking for things to return to normal.

“No one specifically said something but you could feel the vibe,” Kaymer said. “A few players that also they came up to me and basically said, ‘I think it’s wrong if you’re here this week, after you sign with LIV Gol…