The Los Angeles Dodgers have been dealt another significant injury blow.

Mookie Betts was placed on the injured list with a cracked right rib after initially getting hurt in the first inning of Wednesday’s game against the Angels during an outfield collision with Cody Bellinger. There is no timetable for his return. This comes a week after ace Walker Buehler went down with an elbow strain that will force the right-hander to be shut down for another five-to-seven weeks.

“It’s certainly a big blow to all of us, but knowing and having the information at least there is solace in that,” Dodgers manager Dave Roberts told reporters. “A week from now, we’ll know more. Hopefully we can get him back sooner than later.”

Betts, 29, is hitting .273 with 17 home runs, 40 RBIs, 53 runs scored and an .884 OPS this season, his third with the Dodgers after arriving from the Red Sox in a trade and signing a 12-year, $365 million contract extension. He finished second in the NL MVP voting during the COVID-shortened 2020 season, when he helped lead the Dodgers to their first World Series title since 1988.

“I don’t want to reference Murphy’s Law, but it has been that way,” Roberts said regarding injuries. “You have to keep moving on. It’s a long season.” 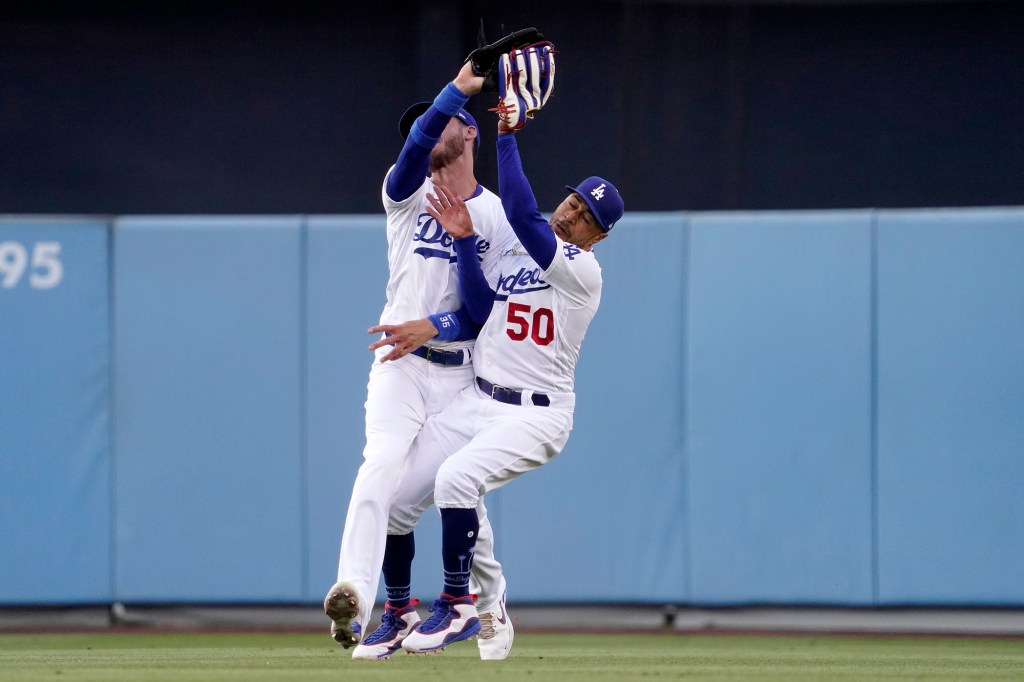 Mookie Betts (r.) collided with Dodgers teammate Cody Bellinger in the first inning against the Angels on Wednesday.