Disney has ousted CEO Bob Chapek after a rocky year in the position and reinstated his popular predecessor Bob Iger in a surprise reversal announced late Sunday.

The company said Chapek stepped down from his position and that Iger, who retired from Disney at the end of 2021, will serve as CEO for two years in an announcement Sunday night.

“We thank Bob Chapek for his service to Disney over his long career, including navigating the company through the unprecedented challenges of the pandemic,” said Susan Arnold, Chairman of the Board. 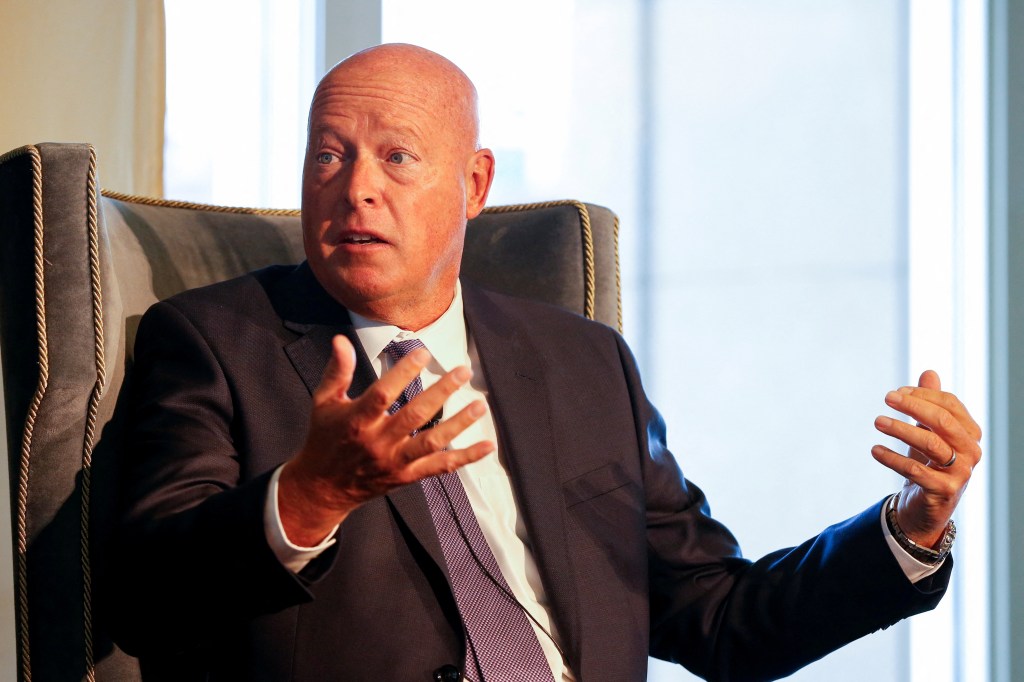 Disney and Bob Chapek parted ways after an announcement was made by the company Sunday.

“The Board has concluded that as Disney embarks on an increasingly complex period of industry transformation, Bob Iger is uniquely situated to lead the Company through this pivotal period,” she added.

Though the company’s board said he resigned, sources said Chapek was likely blindsided by his reported ouster. As of late last week, he was unsure what would happen within Disney’s top leadership, they said.

The switch-up follows the revelation of Disney’s dismal fourth-quarter earnings, which Chapek was accused of downplaying and being downright “delusional” about.

He slammed the CEO for his “delusional” characterization of the quarter, in which the streaming service Disney+ took a $1.5 billion loss, causing the media giant to miss Wall Street’s projections.

Chapek was hand-selected by Iger to be his successor after he stepped down as Disney CEO in early 2020 before the pandemic hit.

However their relationship reportedly soured and by the summer, Iger considered selecting Chapek to run the company after his departure to be one of his “worst business decisions,” a former Disney executive told Insider.

“He greatly regretted it as soon as COVID hit,” the executive told the outlet.

The pair disagreed on several key elements of how the business should be run — including its internal structure, its response to the pandemic, and its handling of political matters.