Designer vagina surgery doubles in 2022 thanks to tight leggings

Talk about a nip and tuck.

Women are flocking to purchase a “designer vagina” after ultra-tight leggings have become uncomfortable or embarrassing thanks to the dreaded “camel toe.”

Called a labiaplasty, the procedure shrinks the labia minora — otherwise known as the flaps on the inside of the vagina — with a price tag of more than $4,000.

Dr. John Skevofilax, a chief surgeon at Signature Clinics in the UK, told Daily Mail that last year, he only performed 50 labiaplasties — yet in 2022 alone, that number’s already been beaten as of August. 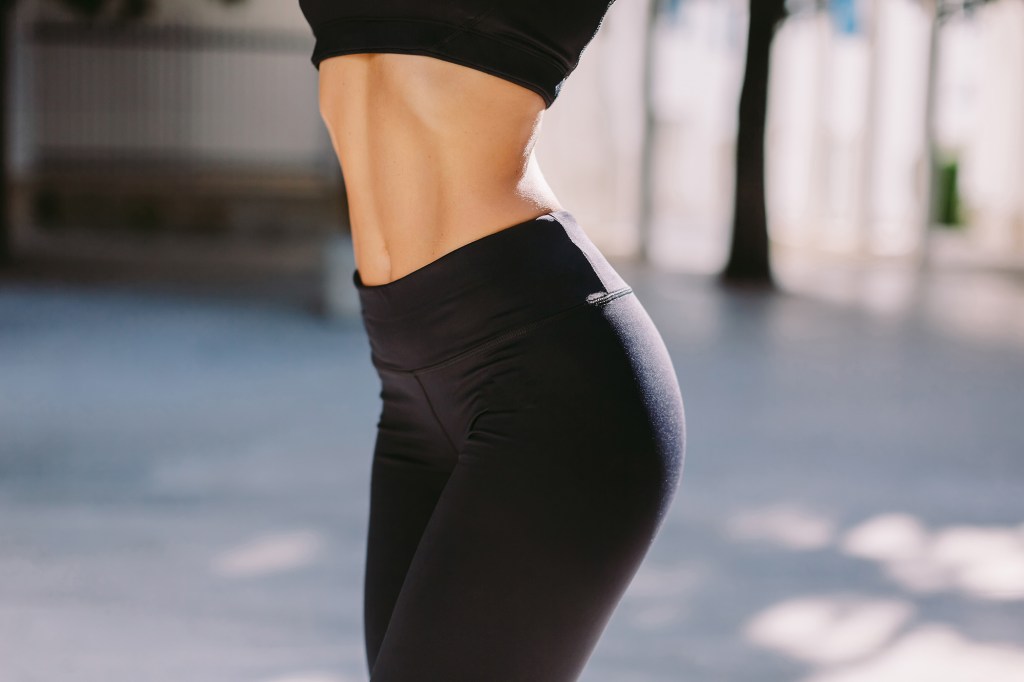 Women are flocking to get labiaplasties due to legging discomfort.

Citing pain and discomfort as the reason for the surgery, Dr. Skevofilax explained how tight leggings and athleisure clothing can cause pain below the belt.

“Exercise clothing is a little bit tighter and it’s formfitting so it does put pressure on the area,” he explained. “They experience pain, discomfort in general, chaffing … a lot of women will feel so uncomfortable that they avoid trying to wear this type of clothing.” 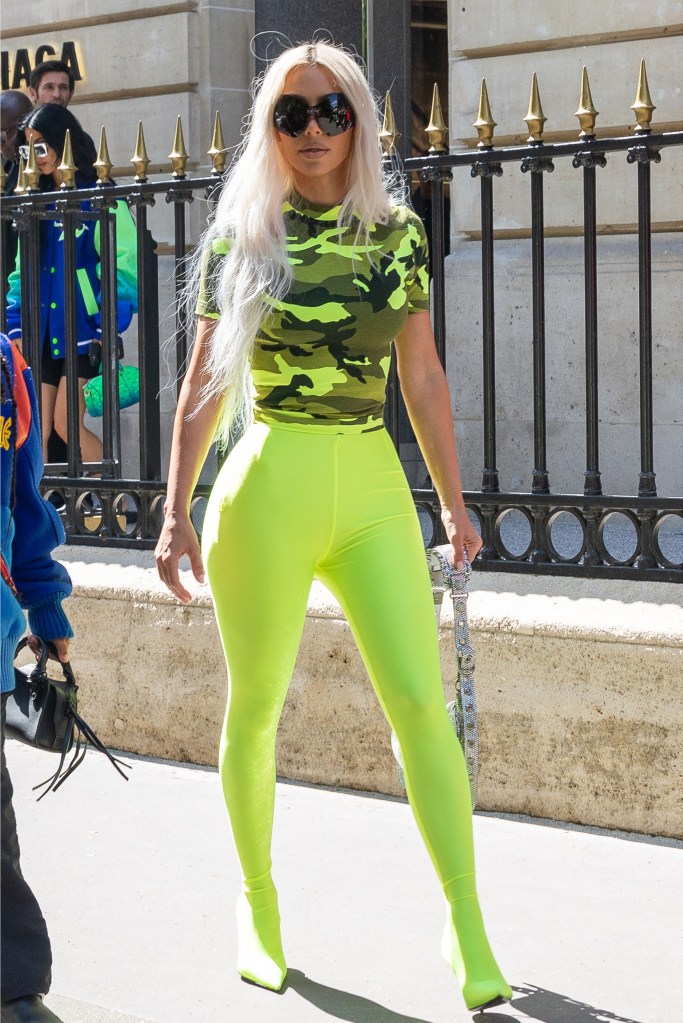 The Kardashians are known for their love of tight athleisure.

Yoga pants, namely, have long been the culprit for crotch-appearance suffering. In 2015, plastic surgeon Dr. Richard Swift told The Post that the “ubiquitous” activewear plays a “big part” in the uptick in labiaplasties.

“For those whose labia are enlarged, they can make them feel uncomfortable and exposed,” Swift added. 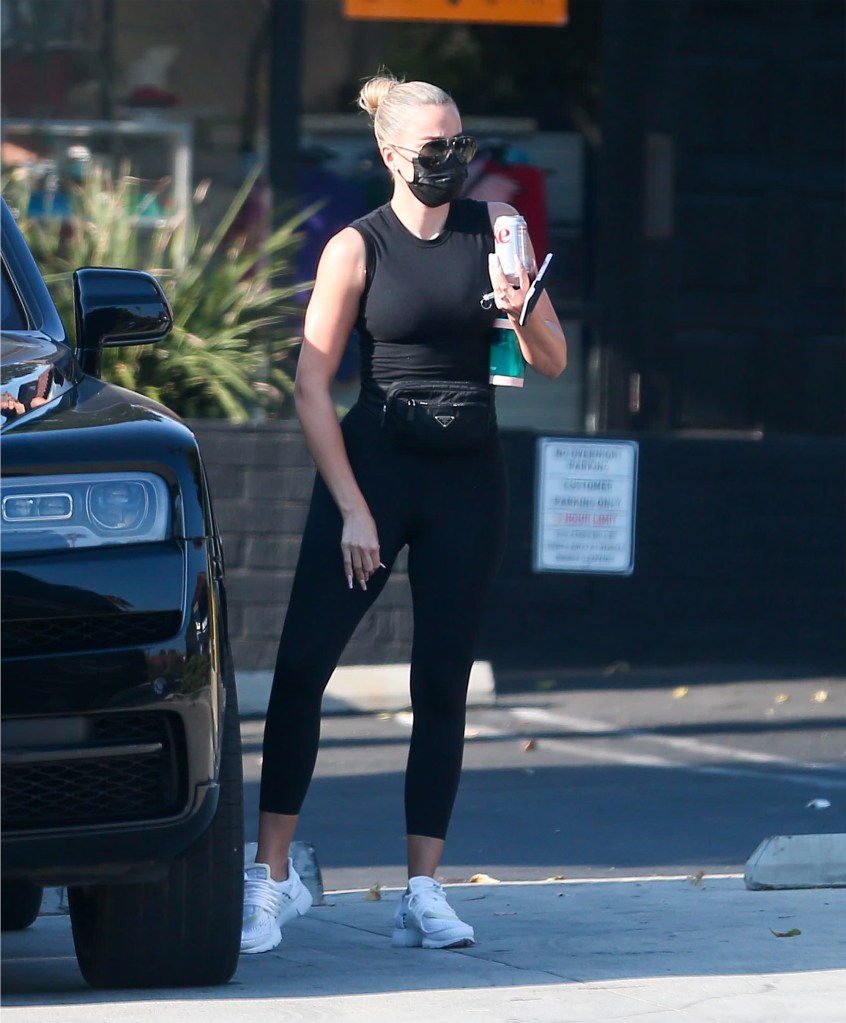 Khloé Kardashian had a “bone to pick” with her sister and SKIMS founder, saying the crotch area of the body suits was too small.

Kardashian redesigned her SKIMS line to make the crotch area more suitable for all labia sizes.

But the issue is more than just dealing with “camel toe.” Some women simply refuse to swap beauty for pain and want to wear trendy tights despite the agony.

“It’s all really interlinked, choosing a pair of leggings which causes discomfort and which in turn draws attention to the labia and the need for surgery,” he added.

The Kardashians have long been touted as wearers of athleisure couture, with Kim’s SKIMS brand dabbling in the trendy aesthetic. In fact, when designing her own body suits, she failed to keep those with “bigger vaginas” in mind, according to her sister. 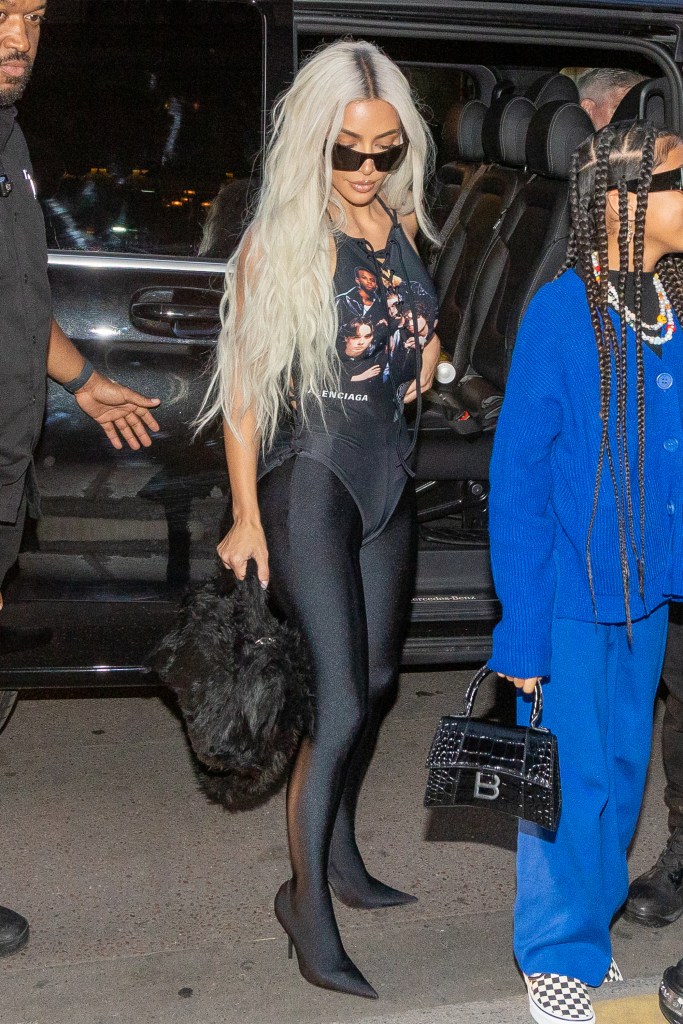 While Kim was committed to making her sister feel more comfortable in her loungewear, not all brands are following suit.

“You know you guys make fun of me for having a bigger vagina than most,” Khloé admitted to Kim during the first season of the “Kardashians” on Hulu, saying she had a “bone to pick” with SKIMS body suits. “It’s a sliver. Is it just supposed to cover my [clitoris]? The vagina needs a little more fabric, just a little wider.”

Despite Kim redesigning the SKIMS line to make the crotch area more suitable for all labia sizes, not every brand is willing to compromise for the sake of groins everywhere. 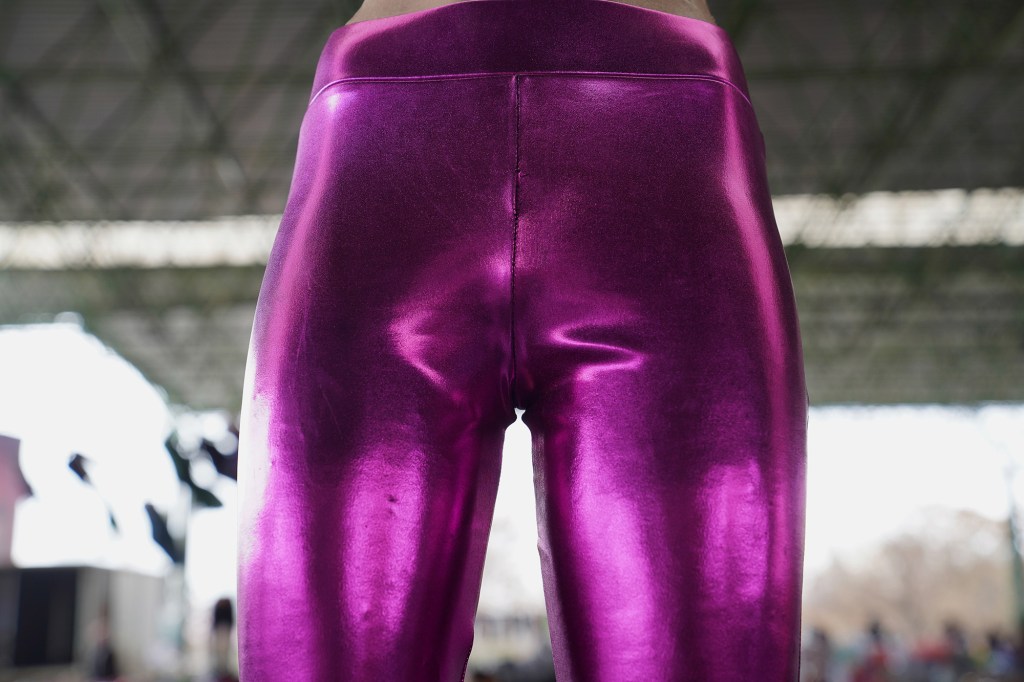 Women often feel discomfort and pain while wearing yoga pants due to their tight-fitting nature.

Dr. Skevofilax noted that 80% of his patients seeking a labiaplasty blamed discomfort in tight clothing as the reason for the surgery — not just for looks.

But buyers beware, some cosmetic operat…