Earlier this year, I described the nightmare that audiences are being put through on Broadway. In the name of protecting the cast and other audience members, paying members of the public are put through Rikers Island-like procedures. We get shouted at on the way through the doors, ordered into lines, vaccine and identification papers rudely demanded.

Then there is the constant demands by people who clearly get a kick out of it shouting that we must “Mask up” and sit for hours on end without being allowed to even slip a mask a little bit under the nose. And woe betide anyone who buys an overpriced drink from the bar and then takes too long sipping it.

It is hard to think of any sector of the economy that made itself more dislikeable than the theater industry during the era of COVID. Restaurants easily dropped the vaccine mandates and mask demands. They became welcoming to customers again. Even the airline companies ended up lifting the mask mandates and, just like the restaurants, people sat close together with no spike in infections. But New York’s theaters held onto their masks for dear life. I sometimes wondered whether the last two places on earth that everyone would still mask would be Broadway and the offices of NPR.

But now — miracle of miracles — it has just been announced that Broadway’s theaters will go “mask optional” from July 1. Yet much of theater-land reacted badly. One playwright and actor immediately tweeted “Make no mistake: the end of the Broadway mask mandates will wreak havoc in New York Theater. It’s an unacceptable attack on the safety of theater workers.” Another tweeted that “The mask mandate being dropped in Broadway theaters is f–king terrifying. I have to go to work every single day and deal with 1500 + people I don´t know, and we now have no recourse to keep ourselves healthy. Absolutely f–k this.”

Not everybody took it that well. Some people who claimed they have tickets for upcoming shows said that they weren’t going. “I’m literally about to cancel tickets over this policy change” signaled one lady. Meanwhile, someone called “Vaxed & Masked” (because it’s a way of life, don’t you know) said “I will absolutely cancel my upcoming shows. Thanks for the heads up.”

Personally, I am not persuaded that anybody who is still that scared of COVID was likely to sit in an audience anyway. Most wouldn’t go even if they were in full hazmat suit and could make everyone else — including performers — wear hazmat suits, too. At this stage, the “risks” associated with COVID are very clear. If you are not morbidly obese or have severe underlying health conditions, then the scariest thing that will happen to you even if you get COVID is that you will have a cold for a few days. Some of the people saying that every public space must insist on masks are people with underlying conditions that are no fault of their own. But many are people who fall into the largest category of people likely to suffer ill-effects from COVID which (as I’ve pointed out here before) are obese people.

Well, I am very sorry, but there is a point at which everybody else’s patience wears thin. If you are morbidly obese then there are an awful lot of things you can do to deal with that. But I see no reason why you should skip them all and demand that the rest of the world masks up for the rest of time while you eat Doritos.

But there is something deranged still about the COVID-clingers. The people who found a strange comfort and excitement from battling through the COVID period. The sort of people who boast about being triple or quadruple vaxed and want to tell the world that they are double or triple masked. These people find an enormous sense of purpose and drive in boasting about themselves and judging other people. 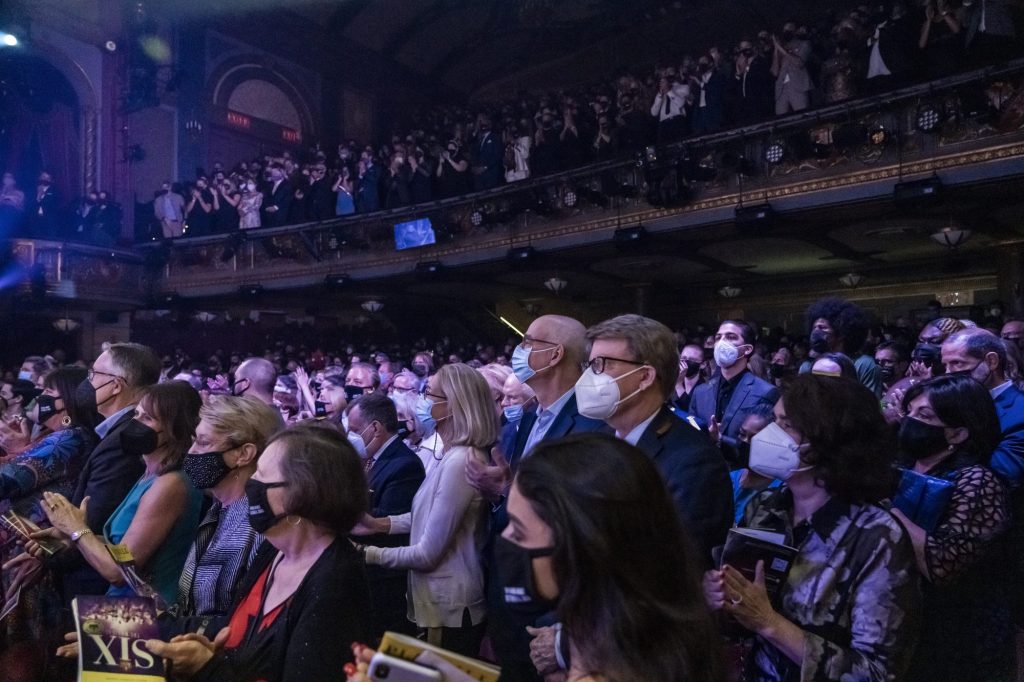 There are mixed reviews on ending the Broadway mask mandate with many actors fearing for their safety. 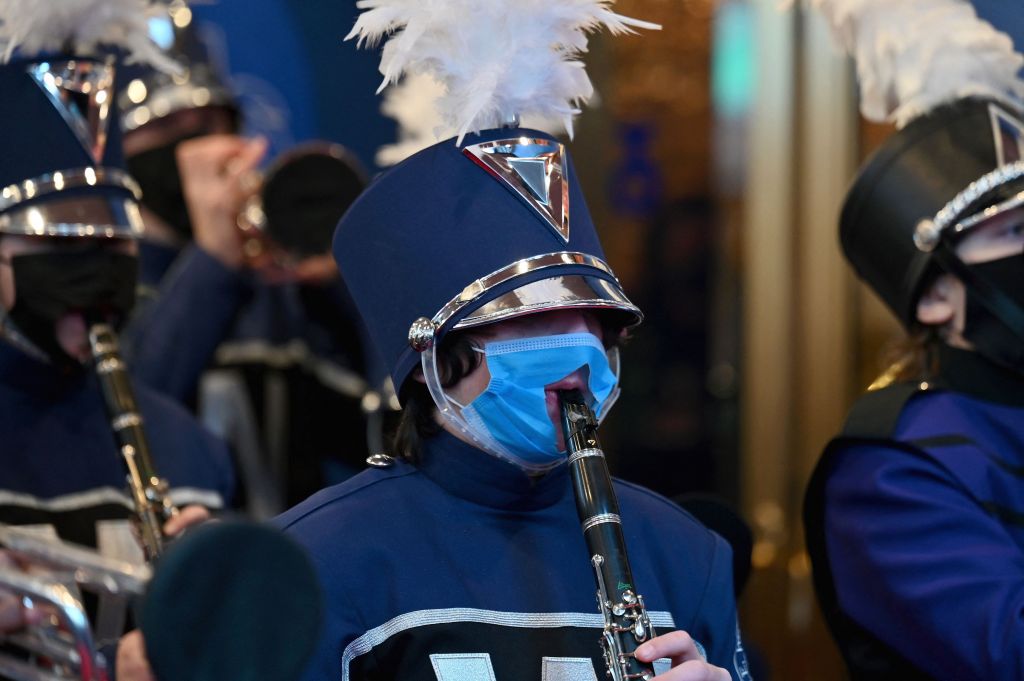 A musician with a hole cut into a face mask performs along with a marching band during the opening night of “The Music Man” on Broadway earlier this year.

In the entertainment industry, they very gleefully jettisoned any and all performers who refused to have the vaccine. Talented young performers like Clifton Duncan were effectively chased out of their industry for refusing to get vaccinated.

Perhaps aware that they had done something deeply wrong in ruining the careers of so many people, everything about this became an article of faith. Those who pushed the COVID measures through then held onto the other elements of their faith for dear life. They held onto demanding proof of vaccine for as long as they could. They demanded endless masking as if their lives depended on it. Which they do not.

What this faith gave them was the thrill of meaning, the excitement of feeling better than other people and the ability to tell other people off “for the greater good.” Well, that period is over. Most of us want to get on with our lives. As for those people who do not? Well, that’s on them.

President Biden is back…