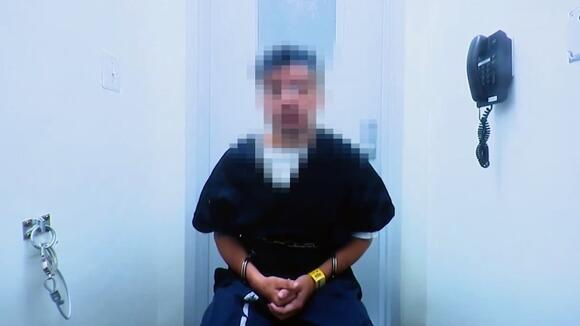 VISTA, Calif. — An Encinitas dance instructor accused of abusing his former students faced a judge for the first time Thursday.

David Silvas, 39, was in court to face nine felony charges of sexual abuse with minors. An arrest warrant had recommended he be held without bail, but a judge reduced his bail to $100,000. The San Diego County District Attorney’s Office Sex Crimes Unit is now handling the case.

“There’s been an extensive amount of investigation and I know there is still some on going,” said Peter Estes, a deputy district attorney with the San Diego County Sex Crimes Unit.

The San Diego County Sheriff’s Office learned of the alleged abuse by Silvas in 2020, but the case goes back 17 years. In July 2020, investigators said a 30-year-old North County woman reported her former dance instructor had sexually assaulted her several times. Investigators said the incidents happened to the woman when she was 12 years old and continued until she was 17 years old.

Detectives identified three more girls who they suspect Silvas of abusing, between the ages of 13 years old and 16 years old. Investigators said the alleged assaults happened at dance studios, meets, competitions and house parties in San Diego and Los Angeles counties from 2005 to 2014.

San Diego County deputies arrested Silvas on Tuesday at his home in Vista.

“We do have some safety concerns involving this defendant,” Estes said. “So if anyone has any information about any of his activities at any of the dance studios he’s been at, please contact San Diego County Sheriff.”

Silvas has been placed on a leave of absence from Evolution Dance Studio in Carlsbad, where he taught most recently. In a statement, the owner Lisa Esposito wrote:

“ We became aware of the San Diego County Sherriff’s arrest of Mr. Silvas that accuse him criminal activities from activities that allegedly occurred before our studio opened its doors to the public 12 years ago. While we must refer you to local law enforcement for specifics, we remain shocked by this incident.

As a result, we placed Mr. Silvas on an indefinite leave of absence. In the meantime, we will stay focused in ma…