Crew aim to continue strong play when they meet Union 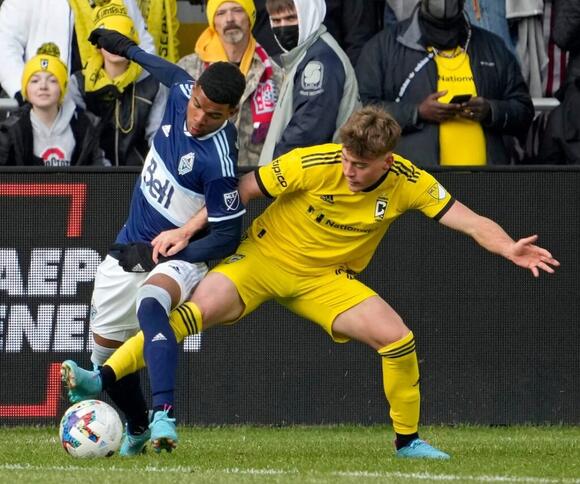 Boosted by the contributions from their young players, the resurgent Columbus Crew hosts the Philadelphia Union on Sunday seeking to extend an unbeaten run to five games.

The Crew (5-5-6, 21 points) won 2-1 at Toronto FC on Wednesday when 19-year-old Jacen Russell-Rowe in his first MLS start assisted on both goals, one of which was by Sean Zawadzki, 22, in his second league match. Zawadzki and Aidan Morris, 20, started in the midfield along with veteran Darlington Nagbe, who scored the second goal.

“Aidan, we haven’t lost (3-0-4 in seven starts) since he’s been in the team, I believe, so I’m proud of those two guys,” Nagbe said. “I thought Jacen did a great job. It’s good to have the youth in there with some of the old guys like me.”

Philadelphia (7-2-8, 29 points) fell 1-0 at Chicago on Wednesday and will be without midfielder Jose Martinez after he was sent off for a pair of yellow cards vs. the Fire.

“It changes the way we play,” Union coach Jim Curtin said. “Jose is a guy that is one of the few guys in our league that can play the diamond by himself and can do the work of a couple of guys, but we believe strongly in our depth.”

That includes contributions from young players such as Chris Donovan, who has appeared in two matches since his call-up from the reserve team (Union II).

“Chris has been a great story. He came in and really helped us,” Curtin said. “Unfortunately, it was down a man (Wednesday) also and we had to play a little different role that we have hoped but at the same time he gives you a really good aerial game.”

The Crew is 2-0-2 in the past four games and Curtin knows what to expect from the Eastern Conference rival.

“It is a really well coached team, a tough team to break down, very good with the ball,” he said.