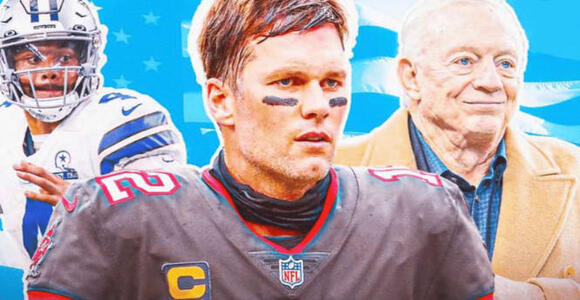 In a wacky, woeful day on Capitol Hill, Dallas and New England were inexplicably dragged into Washington’s problems.

FRISCO – The issues meant to be on the agenda are serious and allegedly criminal in multiple ways.

So, during what became a wacky, woeful day on Capitol Hill in D.C., how did one politician’s Dallas Cowboys fandom and the New England Patriots ‘ old “Deflategate” get dragged into the hearings about the Washington Commanders’ present investigation?

While Snyder – who was criticized for failing to appear for the hearing while apparently aboard his luxury yacht in France – was subpoenaed to testify, the hearing eventually jumped the shark.

The more members of Congress spoke, the less the hearing became about finding the truth about Washington’s “toxic workplace”  and more about commanding media attention and making a name for oneself.

To wit, Texas Congressman Pat Fallon, a Republican who represents the 4th district, and was born in Massachusetts, used his time at the microphone to chastise Goodell for his handling of New England ‘s 2015 “Deflategate” scandal and resulting punishment for former Patriots’ quarterback Tom Brady .

Fallon invoked the 50th anniversary of the Watergate scandal before bringing up “Deflategate.”

“A scant seven and a half years ago, another scandal rocked our nation, threatening the very core and foundation of our Republic,” Fallon said during the hearing . “That being, of course, Deflategate, where, in an AFC championship game, the NFL footballs – the pigskins, the rock, the pill, they hand-egg, the melon and the leather – was mysteriously under-inflated by two PSI – pounds per square inch.”

“This led to a multi-faceted investigation, months-long, thousands of dollars spent, where the GOAT, Mr. California Cool. The Real Slim Brady, the Master of the Tuck, the Lord of the Rings. Tom Terrific, Tom Brady was suspended by the league,” Fallon said. “Mr. Commissioner, I’m sure you’re aware that many in New England worship Thomas Edward Patrick Brady Jr. as a demigod of sorts, and being a New England native myself. I don’t blame them.”

S nyder and the Commanders are being investigated for some ugly behavior . Sexual harassment. Secret budgets. Shadow investigations. Some are even calling for the owner to be forced to sell the team.

So why in the world would Florida Rep. Byron Donalds take the time to announce the following foolishness?

“Me personally,” he blurted, “I’m a Cowboys fan. So if the product of the Commanders is not good on the field, that’s great for me.”.