Could Kenny Atkinson Ditching the Hornets be a Blessing in... 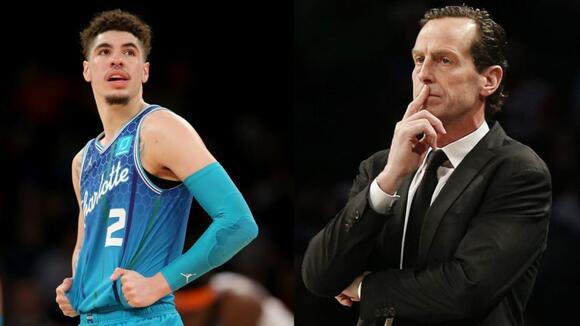 It looks bad now, but this could be a good thing for the Hornets.

Kenny Atkinson had the Charlotte Hornets job (technically) for eight days. He accepted the Hornets’ offer to become the team’s next head coach but was still coaching in the NBA Finals with the Golden State Warriors.

There had been a few rumblings before news broke that he would take the job that he could actually turn down Charlotte’s offer to remain with Golden State, a place where he and his family have grown to love. Friday evening, ESPN’s Adrian Wojnarowski tweeted that Atkinson had a change of heart and decided that staying on as an assistant with Golden State was the best move for him .

Why would Atkinson pull out of the job?

Well, it could be a number of things. Constantly moving could be one thing. He’s moved from Brooklyn to Los Angeles to San Francisco within the last three years. Job security plays into that as well. The Hornets just fired a coach that won 43 games and had a win total improvement of 10+ in each of the last two seasons. The expectation for the Hornets is to win now. Two bad seasons could mean you’re out of a job. Lastly, it could mean that Steve Kerr has plans of retiring in the near future and it’s possible that they told Atkinson he would be the head coach in waiting.

We may never know the actual reason as to why Atkinson backed out of the job, but it could be a good thing with the Hornets.

Well, Atkinson only has four years of head coaching experience in the NBA and has three losing seasons. Granted, he didn’t have the most to work with in Brooklyn until Kyrie Irving arrived but even then, they failed to do much.

Atkinson is a well-respected developer of talent which makes sense why the Hornets targeted him to help grow the game of LaMelo Ball, Miles Bridges, and others . However, the fit may not have been there. Yes, this young Charlotte team needs to improve on the defensive end of the floor but Ball could benefit from having an offensive-minded head coach to help him make that next leap.

I never thought hiring Mike D’Antoni was a good idea for the Hornets, solely based on the lack of defense his teams have played in recent years. As far as offense is concerned, he’s got a long history of success with some of the NBA’s most storied guards. Read more – ALL HORNETS