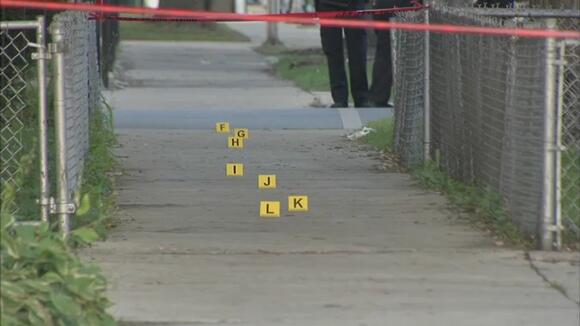 A man has been charged in a Sunday shooting that killed two people and wounded two others on the city’s South Side, Chicago police said.

The victims were on a front porch in the West Woodlawn neighborhood’s 6100-block of South Evans Avenue around 4:30 p.m. when Khalil Gilmore exited a dark blue Chevy Impala and fired shots, striking the victims, police said.

A 31-year-old man sustained multiple gunshot wounds to the body. He was transported to St. Bernard Hospital where he was pronounced dead.

Another man, believed to be in his 20-30s, also sustained multiple gunshot wounds to the body and was killed in the incident, …