The protesters marched to the judge’s Falls Church, Va., home Saturday and held signs including one with a coat hanger on it that said, “Not going back.”

The youth activists, part of a group called Rise Up 4 Abortion Rights, tied their hands together with tape and held the plastic baby dolls.

“And that is not OK. We cannot let that happen. … You can’t let this future happen to us. It’s not fair.” 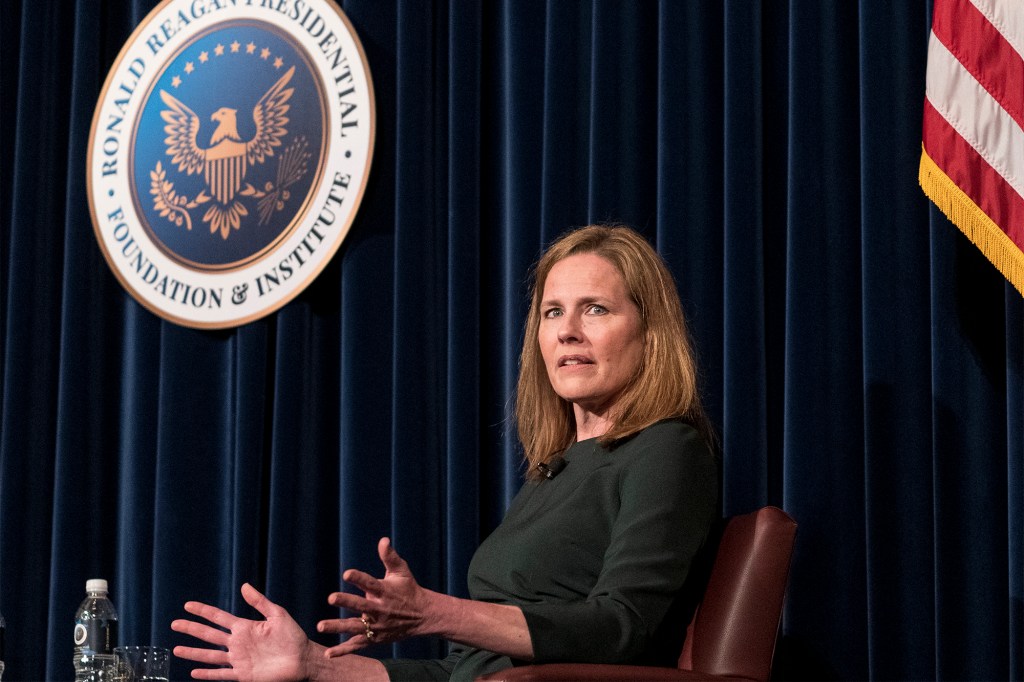 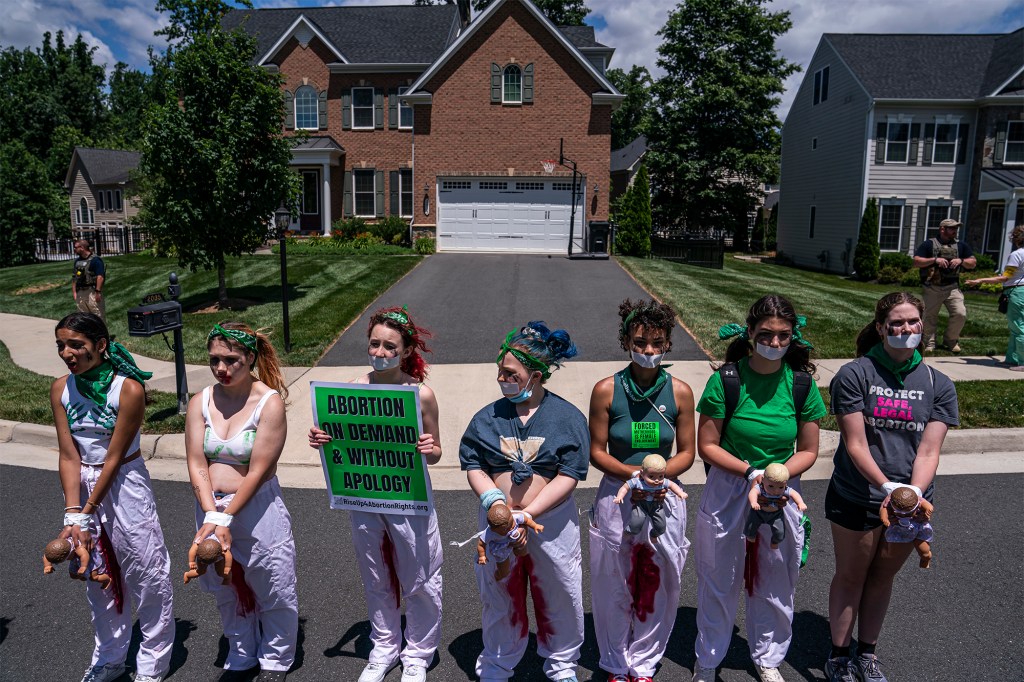 The group, which pushes slogans including “forced motherhood = female enslavement,” called the protest the “Women Are Not Incubators Youth Procession.”

The group said it isn’t working to “change the minds of women-hating fascists” but rather is “calling on the pro-choice majority” in the US to stop the Supreme Court from overturning the abortion-rights case Roe v. Wade.

The Supreme Court is set to announce whether it will overturn the landmark abortion case as soon as this week.

A majority of Americans believes it’s wrong to protest outside the homes of Supreme Court justices, according to a Fox News poll. The group includes a majority of Republicans, while 58% of Democrats say they see nothing wrong with the demonstrations.

Overall, 37% believe the protests are appropriate.