Bill Maher Rips Newsroom Millennials At Washington Post For Being... 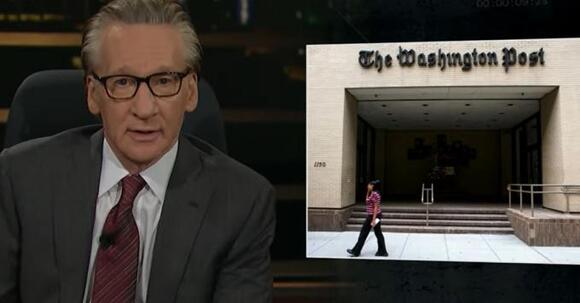 Last night on Real Time with Bill Maher, the HBO host has some words for Millennials, particularly the ones that work in the newsroom of the Washington Post.

During his New Rule segment of the show, Maher gave a play-by-play on the recent Twitter battle between WaPo reporter Felicia Sonmez and some of her male colleagues that eventually resulted in Sonmez being fired and another reporter put on a month’s leave without pay.

Maher was stunned that this all started from a retweet of a joke about the opposite sex being crazy, something men and women have been doing to each other for centuries. “No one but the perpetually offended thinks it means anything more than that the sexes get frustrated over how differently we each see the world,” he insisted.

Unfortunately, he says, the “unlicensed daycare center” in the WaPo newsroom didn’t seem to find the humor in it.

“Can you imagine a world that allows jokes you don’t like? Of course, the leadership folded like a Miami condo,” he said, seemingly disappointed that the outlet caved on one of the institution’s core values—free speech.

Maher then expanded his argument to criticize Millennials as a whole, who are now taking over the workplace as Baby Boomers continue to retire.

“You think my generation is an eyeroll,” Maher said. “Let me tell you about the younger generation. Your sense of entitlement is legendary,” he said, also criticizing “your attention span and work ethic,” specifically “the unqualified little shit who doesn’t understand why he’s not a producer yet.” He added that this story is so relatable because everyone knows people just like the key players in it.

He added that the reason Boomers won’t step down from their high positions to make way for Millennials is because of incidents like this.

“The crybabies are still winning,” Maher said. “They complain they haven’t taken over yet. The fact that the Post’s response was to punish one of their best reporters shows the kindergarten is still in charge.”

Maher then praised WaPo’s coverage of the Watergate scandal in the 1970’s. “I have to wonder how the Post’s newsroom of today would handle that. All this time blubber-tweeting. Don’t you have anything better to do? Aren’t you supposed to be reporters digging up stuff? This is why you’re not in char…