President Biden on Tuesday signed the Inflation Reduction Act, which spends $437 billion on environmental and healthcare programs, and insisted the middle class won’t pay “a penny more” in taxes — despite independent analysis that says otherwise.

“I’m keeping my campaign commitment. No one — let me emphasize this — no one earning less than $400,000 a year will pay a penny more federal tax,” Biden said before signing the legislation in the White House State Dining Room.

The Congressional Budget Office has said, however, that an IRS crackdown authorized by the legislation will impact taxpayers across the board, with Americans earning less than $400,000 per year paying an estimated $20 billion more in taxes through fiscal year 2031. 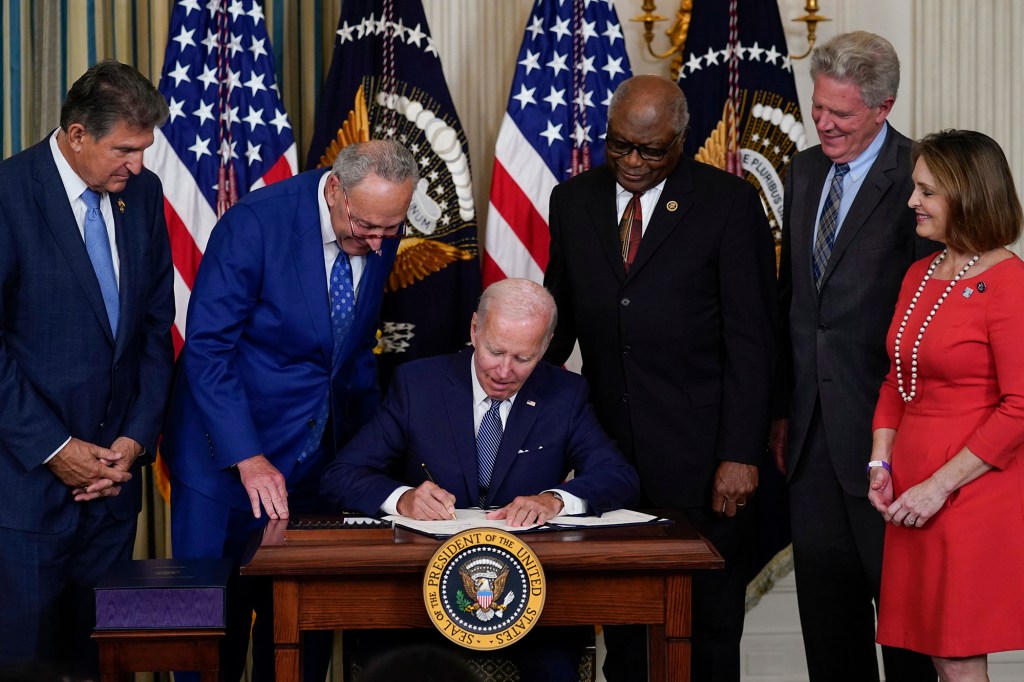 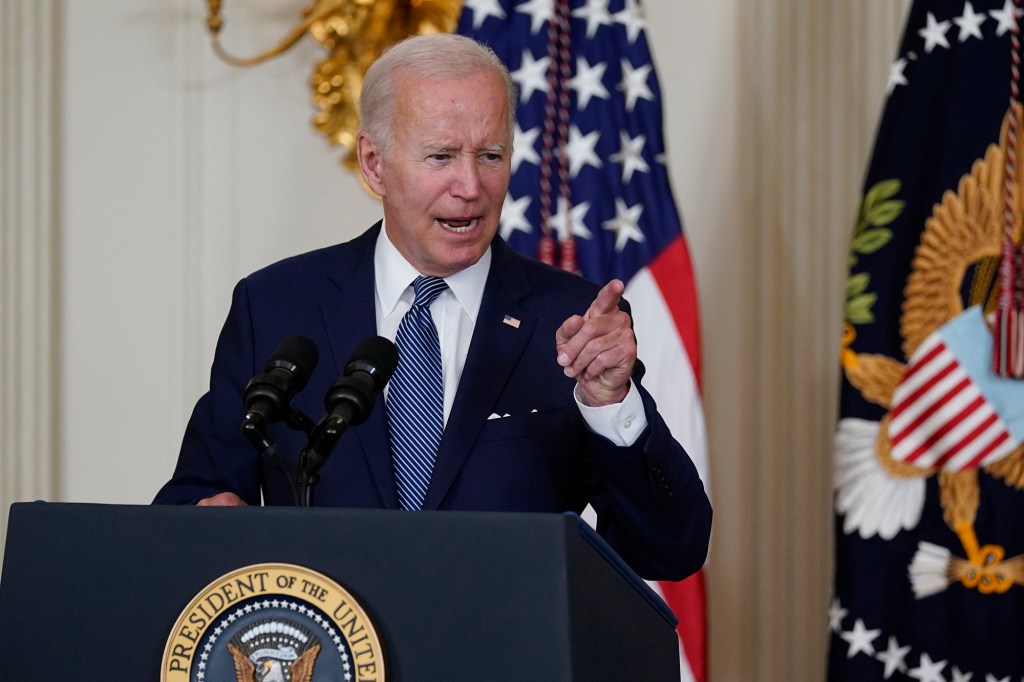 Biden claimed the bill will not require people earning under $400,000 a year to pay a “penny more” in federal taxes.

Biden was supposed to wear an anti-COVID-19 face mask at the event after first lady Jill Biden tested positive for the virus Tuesday morning, but he didn’t do so while signing the bill surrounded by elderly congressional leaders such as Senate Majority Leader Chuck Schumer (D-NY), 71, and House Minority Whip Jim Clyburn (D-SC), 82.

The White House said Tuesday morning that Biden was supposed to mask up for 10 days when indoors and around others.

Biden also took no questions at the event, including about the FBI raid last Monday on his predecessor, Donald Trump — a story that the president has yet to directly address in public remarks. 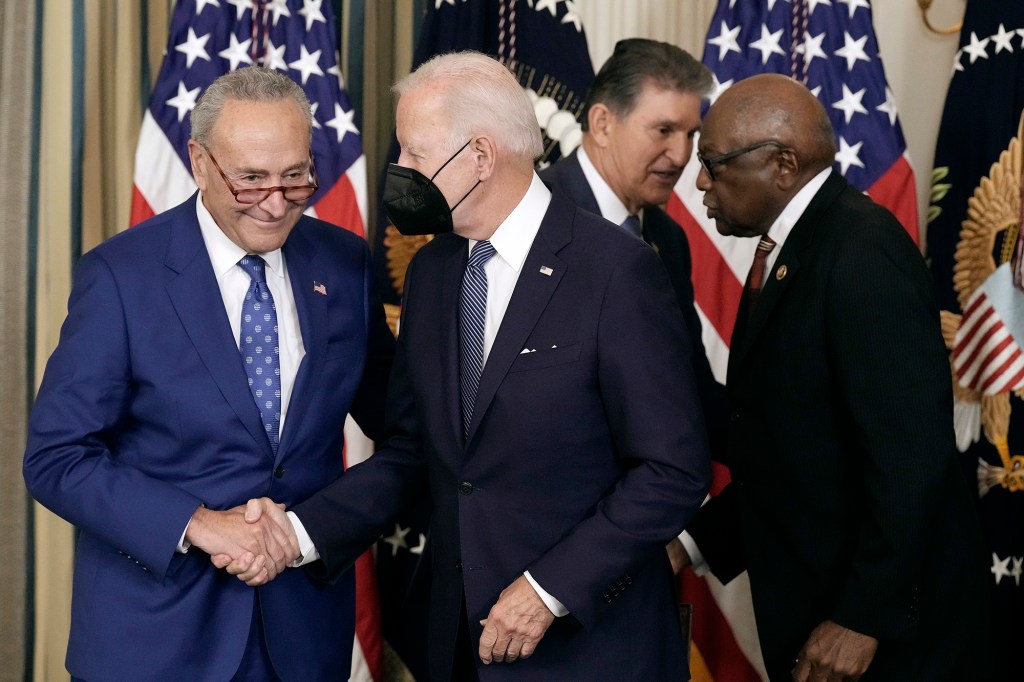 According to the Congressional Budget Office, the bill will cause people earning less than $400,000 per year to pay $20 billion more in taxes through fiscal year 2031.

The IRS expansion funded by the new legislation is one of the package’s most controversial elements.

The White House insists that the IRS will focus its crackdown on higher-income people. However, Republicans note the IRS is an independent agency with a mandate to go after all tax avoidance, with lower-income targets being easier to squeeze.

The legislation is a sweeping policy win for Biden and Democrats and resurrected core elements of his long-stalled Build Back Better Act.

“The Inflation Reduction Act does so many things that for so many years so many of us have fought to make happen,” Biden said before signing it.

Centrist Sen. Joe Manchin (D-WV) revived the plan last month in the evenly divided Senate, where it passed in a 50-50 vote under special budget reconciliation rules, with Vice President Kamala Harris breaking the tie. The House also passed the bill along party lines.

“Joe, I never had a doubt,” Biden told Manchin at the bill-signing event.

Republicans and independent analysts say that despite its name, the bill will have little — if any — positive near-term effect on inflation, which this year soared to 41-year highs as critics said large government…