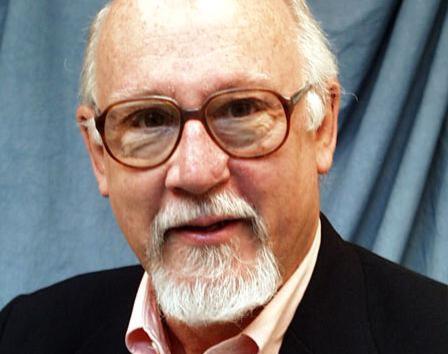 Kari Frederickson of the University of Alabama is a veteran historian of Alabama politics and the effects of national militarization on the economy and culture of Alabama.

This book, a monumental study of the Bankhead family, was years in the making, involved thousands of hours of research in the state archives, enlisted the help of many graduate students, and is as thorough as anyone could wish for.

This is not a breezy read. Anyone setting out to read “Deep South Dynasty” better WANT to know a lot. Readers will realize immediately that the scope is broad, the material is dense, the coverage of individual political campaigns and pieces of legislation extensive and detailed. There are only 334 pages of text, but do not be fooled; each closely printed page will last you a while, containing about 550 words, well over the normal amount.

Frederickson has given here the lives and works of four Bankhead men and two women. No review can do justice to the magnitude of this study. Or to the infuriating effect of reading of the huge contributions of these powerful people and their utter blindness to some basic human considerations.

She suggests that the Bankhead family, of Jasper, is mainly remembered now for place names like the Bankhead Tunnel and lock and dam. This may be so. But this dynasty for almost 100 years dominated Alabama politics, not so much at the state level but in our representation in Congress and the ways in which the federal government was cajoled into sending large sums of money to this state for internal improvements.

A powerful senator can quietly deliver the federal money, even if the citizens believe they want nothing to do with Washington, D.C., and that bureaucracy

It is a balance.

The first powerful Bankhead, John Hollis Bankhead, served in the Confederacy. Frederickson reminds us that 10% of white Southern men were killed in the Civil War and 50% of Alabama’s population was enslaved.

After the war, this Bankhead devoted himself to fighting Reconstruction, raising up the state while applying maximum pressure to make sure the freedmen were kept down, eliminated from any prosperity, and kept terrified as much as possible.

He became warden of the state penitentiary and expanded the cruel, deadly use of state convict labor. He owned some of the mines the convicts suffered in. Starting in 1887, he would serve in Congress for 33 years, his primary interest being the development of waterways: locks and dams.

His sons, Will and John Jr., would play variations on this theme.

John Jr. would become known for his promotion of farm-to-market highways. All the Bankheads strove to improve Alabama’s industrial, mining and commerce potential and helped the yeoman farmer when possible.

What all the Bankheads, except perhaps the singular, vivacious Tallulah — who has terrific biographies of her own, also have in common, Frederickson reminds us, is a devotion to Jim Crow and racial separation in Alabama.

John Jr., involved with the 1901 constitution, joined “his father in crafting machinery to deprive black citizens, and a great many poor whites, of their voting rights for years to come.”

Through the years of the New Deal, Will Bankhead, speaker of the House and an eloquent orator, and John Jr., U.S. senator skilled in legislative maneuvering, would back FDR’s legislation, especially pieces aimed at Alabama’s farmers and the price of cotton, but were always wary of any federal legislation that would bring change to Alabama’s cultural arrangements.

Efforts to make tenant farmers into landowners were “focused primarily on white farmers.”

During World War II, Sen. Bankhead opposed the Soldier Voting Act, which would make it easier for all soldiers, stationed away from home, to vote where they were; complained to George Marshall about the stationing of northern black troops in Southern states; and, when African-Americans amassed enough influence to have the Fair Employment Practices Committee established, to forbid hiring and wage discrimination on federal projects, Frederickson tells us “he believed the FEPC would ultimately lead to interracial marriage.”

Speaker Will Bankhead, no broader minded, was nearly vice president of the United States.

Their sister, Marie Bankhead Owen, and her husband Tom did Alabama a great service by estab…