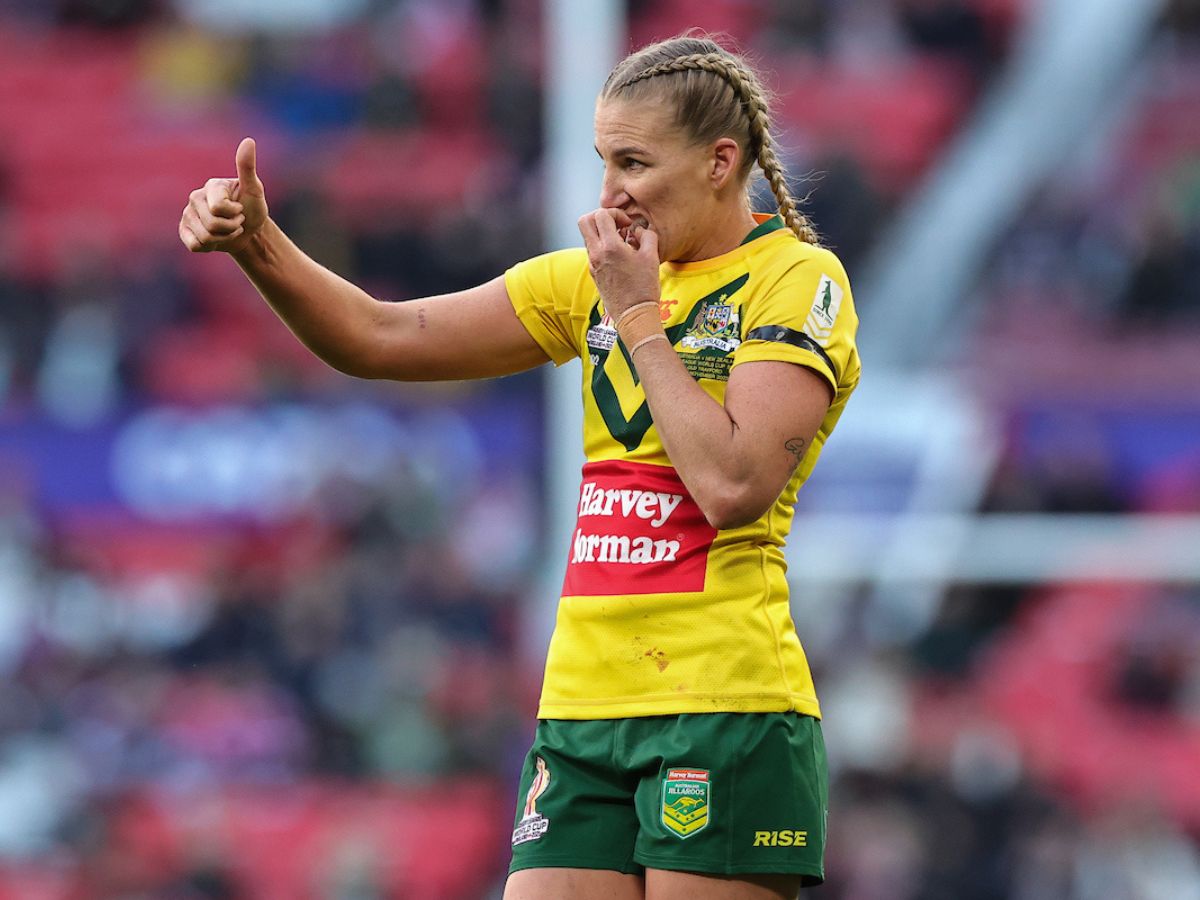 Australia co-captan Ali Brigginshaw has vowed to target a fourth World Cup title attempt at France 2025 after playing an influential role for the Jillaroos.

The 32-year-old helped her side thrash New Zealand 54-4 in the Women’s World Cup final at Old Trafford on Saturday.

Brigginshaw has been a key player for the Jillaroos since making her international debut in 2013. She’s won the last three World Cups, winning Player of the Match in the last two finals.

“I’ve forgotten what age I am, but to all those people who said I’m too old, I’m still here and I’m going to France,” Brigginshaw told the BBC after Saturday’s success.

“That was unbelievable from the girls. We focused on defence and I have never been part of a group that can defend like that. It was something special.

“We never rested and we just let them cross once, which is something we are probably still kicking ourselves about. We had a focus, we’re a committed group and we’re really proud of ourselves.”

New Zealand coach Ricky Henry was adamant we didn’t see the best of his side at the Theatre of Dreams.

Henry said: “They put the pressure on us early in the game and they had a couple of results there, and it snowballed from there.

“We tried to give ourselves a chance but we probably played our worst game out there today. We were miles apart today, we sort of froze and we didn’t get the job done but I’m really proud of what the players have done in this campaign.”