Austin FC looking for first-ever win over FC Dallas on... 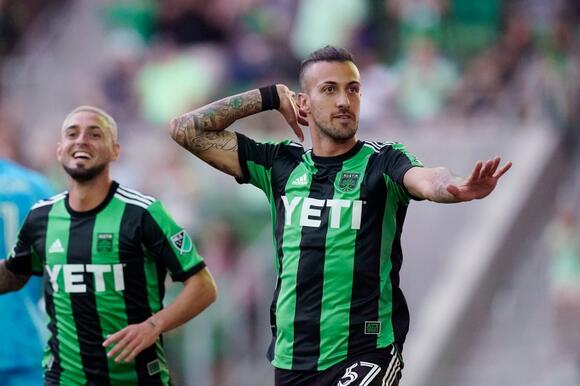 After one of its grittiest wins of the season, a 1-0 result over CF Montreal on the road and playing with 10 the entire second half June 18, Austin FC hosts its Metroplex rivals at 8 p.m. in position to get an inside track at the cup and move into second place in the Western Conference.

“There’s a small body of work layered into this rivalry, so from our standpoint, we’ve got to stay humble and hungry where we are in the league,” head coach Josh Wolff said. “We’re playing a very good opponent, an in-state rival, and we’re going to see them later in the year, but they’ve beaten us three times, and the guys have heard that from me already.”

Austin and Dallas have only played each other three times so far, all coming in Austin’s inaugural Major League Soccer season last year. FC Dallas has scored nine goals against Austin, including five in a 5-3 win at Q2 Stadium on August 29, 2021. In short, Austin hasn’t beaten Dallas on the pitch — ever.

“Last year they won Copa Tejas, they came into Q2 Stadium and we didn’t respond in the best way,” Austin goalkeeper Brad Stuver said. “They got the better of us here at home and that still sticks with a lot of us.”

It’s the first match between the two teams this year, and jockeying for playoff position is also top of mind for both squads. Austin is currently third in the West with 27 points with Dallas right behind with 25. A win for Austin will send the club above Real Salt Lake for second in the conference, while a win for Dallas means they’ll overtake Austin. This match has all the right ingredients for a proper derby match.

In the Copa Tejas standings, both have notched wins over the Houston Dynamo. Following Saturday’s match, Austin and Dallas will play again July 16 at Toyota Stadium in Frisco.

FC Dallas is coming off a bad home loss to the Vancouver Whitecaps 2-0 on June 18. It’s safe to say the team will be even hungrier to come to Q2 where they lit up the scoreboard last time.

“We’re at home in front of our fans, and it’ll be important we utilize that and the energy to give us a good push,” Wolff said. “We expect to get certain results at home, and this is no different.”

Austin FC will have to deal with two of MLS’ most potent offensive players in Jesus Ferriera and Paul Arriola. Ferriera is tied for the MLS lead with nine goals, and while playing the U.S. Men’s National Tea…