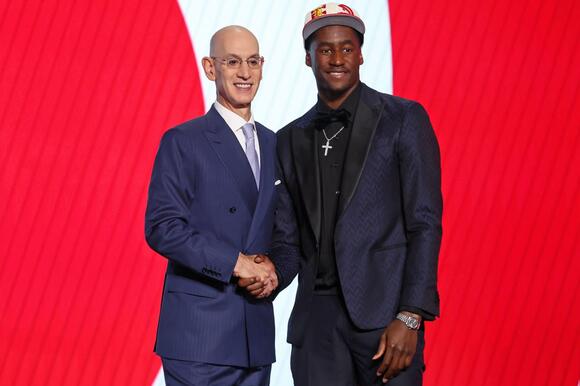 Recapping all of the action from the 2022 NBA Draft.

The 2022 NBA Draft came and went without any blockbuster trades for the Atlanta Hawks. John Collins is still on the team (for now), and a new rookie is ready to add defense to the team. Let’s review tonight’s events as they pertain to the Hawks.

Despite all of the rumors of the Hawks trading up in the draft, no deal ever came to fruition. However, the team did get a promising young player. AJ Griffin is only 18 years old. The small forward is 6’6″, 222 pounds, and was named to the ACC All-Rookie Team after a stellar freshman season.

It’s safe to assume Atlanta’s front office did not expect Griffin to fall all the way to No. 16. Griffin told the media that he did not communicate with the Hawks during the pre-draft process. Additionally, Griffin said he looked forward to playing for an organization that prided itself in defense. So clearly, he’s watched a lot of Hawks basketball as of late.

No. 44 – Traded to Golden State Warriors for cash

Salute to the Hawks fans that stayed up until nearly midnight to find out who the Hawks would select with their second round pick. Unfortunately, they traded that pick to the Golden State W…