As Trump blusters, DeSantis builds his case but tells people...

As Trump blusters, DeSantis builds his case but tells people to ‘chill out’ with 2024 talk 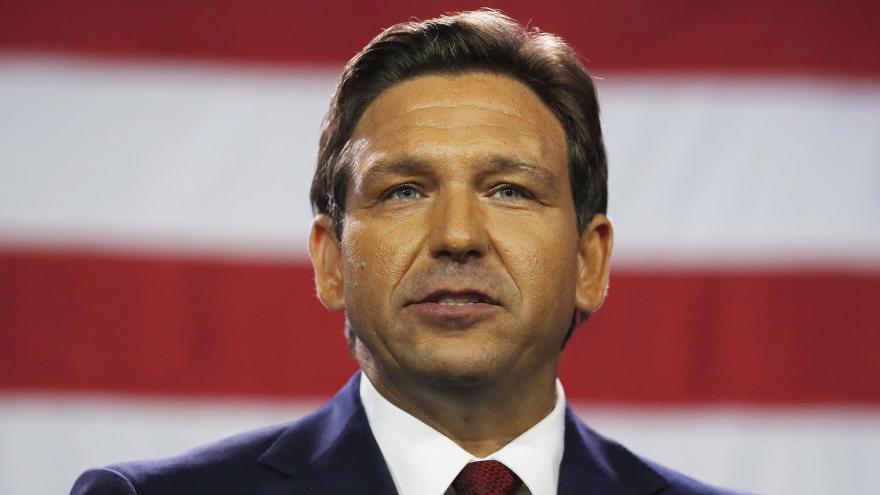 Florida Gov. Ron DeSantis on Wednesday declined to talk about his political future. DeSantis here gives his victory speech at the election night watch party in Tampa on November 8.

(CNN) — Florida Gov. Ron DeSantis, already a master at sidestepping questions about his political future, is proving equally adept at tiptoeing around Donald Trump as he builds a case for his party’s nomination in 2024.

As Trump staged the unveiling of a third presidential campaign, DeSantis in public and behind closed doors this week has avoided directly responding to the former president — or even mentioning him by name — while still drawing sharp contrasts between the two Republican figures.

Speaking in Lee County on Wednesday, DeSantis called for people asking about his brewing rivalry with Trump to “chill out a little bit.” He then pivoted immediately to touting his own performance in last week’s midterm elections compared to the “substandard performance” of the GOP in the rest of the country, where Trump’s involvement has become the focal point of many Republicans’ recriminations.

The day before, DeSantis spoke to a group of Republican donors in Orlando, Florida, where he touted his 19-point win in his reelection. DeSantis outlined his electoral strength in the suburbs, his rural turnout effort and his appeal among Latino voters in his victorious reelection effort, according to a person who was in the room. DeSantis didn’t bring up Trump, who days before the election had claimed credit for turning Florida into a red state.

The group of about 250, which included donors to the Republican Governors Association as well as governors and their spouses, gave DeSantis a standing ovation at the end of his conversation with outgoing Nebraska Gov. Pete Ricketts. The person in the room told CNN that DeSantis walked through in detail where he performed well across the state, including winning traditionally Democratic Miami-Dade and Palm Beach counties.

DeSantis’ remarks this week provide an early window into his strategy for navigating Trump ahead of a potential primary matchup. Those close to the Florida governor believe he does not intend to announce his plans before May, CNN previously reported. In the meantime, they expect him to avoid direct confrontations with the former president.

The size of his victory last week has earned DeSantis national praise from Republicans who are looking for someone to emerge as an alternative to Trump who can vanquish the former president and compete in a general election. But DeSantis has largely steered clear of that chatter. Instead, emboldened by his 1.5 million-vote win, he is staking out plans for a second-term agenda that will continue to galvanize supporters.

When asked by Ricketts what he would like to work on with Republican governors, DeSantis said he was looking to take on the growth of so-called environmental, social and governance, or ESG, investment funds as well as improving border security, this person said.

“Trump rants for a couple of months. DeSantis throws some red meat during [Florida’s next legislative session] and then we have a primary around May,” said one DeSantis ally, describing his current posture.

Trump has wasted no time taking aim directly at his former ally. Trump coined a nickname for DeSantis and called him “an average Republican governor” in a blistering statement that included unfounded claims he sent the FBI to ensure DeSantis won his election four years ago.

Ahead of announcing the launch of his presidential campaign Tuesday, Trump resurfaced a 2018 campaign ad from DeSantis in which Casey DeSantis touts Trump’s endorsement while Ron DeSantis builds a wall out of blocks with his daughter and reads “The Art of the Deal” to his infant son.

Asked about Trump’s broadsides, DeSantis on Tuesday more broadly addressed the criticism he faces as “noise.”

“One of the things I’ve learned in this job: When you’re leading and getting things done, you take incoming fire,” DeSantis said. “That’s just the nature of it.”

But he added: “I just tell people to check out the scoreboard last Tuesday night.”

This headline and story have been updated with additional details.