Another night of takeovers on South L.A. streets 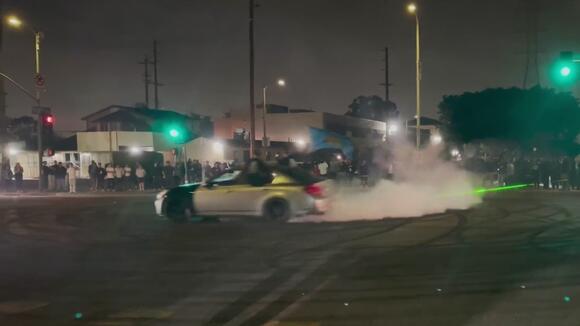 Around midnight, a large gathering of people shut down the intersection of Century Boulevard and Figueroa Street in Vermont Vista.

Several people blocked off the intersection while drivers did doughnuts and car stunts, sometimes with their passengers hanging out of the window.

The dangerous antics continued after the group then moved to the corner of Hooper and Gage avenues in Florence-Firestone.