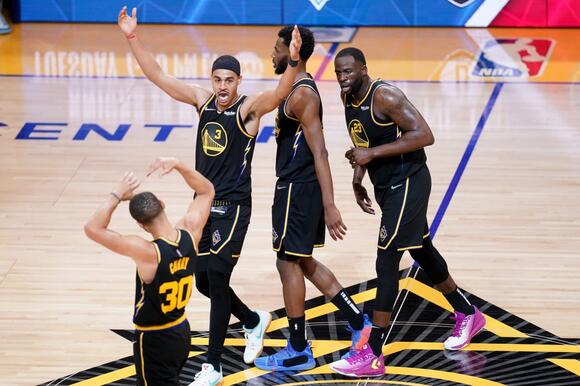 Andrew Wiggins and the Golden State Warriors beat the Boston Celtics in the NBA Finals on Thursday night at the TD Garden.

The Golden State Warriors beat the Boston Celtics to win the NBA Championship on Thursday evening at the TD Garden in Boston, Massachusetts.

Recently, Wiggins made a bold claim that Warriors fans will love (via 95.7 The Game).

Wiggins had quite the season; starting in the All-Star Game and winning his first NBA Championship.

Making the All-Star game was also a first for the 2014 first overall pick’s career.

Wiggins will be a free agent at the end of next season, so there will be a lot of talk about his future coming up.