This weekend, a report from Good E-Reader seemed to suggest something truly wild. After 15 years, Amazon was going to finally bow to competition and support the ePub ebook format used by the wide majority of online bookstores, publishers, and competing services. But it turns out Amazon isn’t going to natively support the ePub format. Instead, per an update to Send to Kindle documentation, the Amazon Kindle will soon support using the Send to Kindle function to convert ePub files into an Amazon-specific digital book file format.

We were so close! And it’s wild because we’ve been this close, and also this far, since the Kindle and the ePub file format both launched back in 2007. Sony, Barnes & Noble, and other e-reader makers were quick to support ePub, the primary technical standard for the International Digital Publishing Forum. Amazon elected to support other file formats, including .Mobi, which it acquired along with the French company Mobipocket in 2005, and .AZW, which is basically an Amazon-branded version of .Mobi.

What this has meant in practice is that, for the last 15 years, if you wanted to put an ePub file on your Kindle E-reader, you had to first convert it, usually using the very powerful but very frustrating and ugly Calibre software. It was a fine workflow, but it has felt more and more annoying over the last few years.

Publishers are now more regularly selling ebooks directly to consumers, often for less than Amazon, Rakuten, or Barnes & Noble might charge. Smaller publishers have even made it something of a selling point — as authors will sometimes get a larger piece of a sale direct from the publisher than they might from a larger digital bookseller, so you can better “support” a favorite author by purchasing directly from the publisher. But where you can pretty quickly get those ebook files on an e-reader from Kobo, Barnes & Noble, Pocketbook, or one of the wide range of e-readers coming out of China right now, you still needed to stop and do the Calibre step if you wanted the same book on a Kindle.

Why Is My Volume So Low In Android And iPhone

TECHNEWSTODAY.COMLow volume is one of those issues that seems like a minor inconvenience at a glance but can be extremely frustrating to deal with. The music sounding quiet can be dealt with, but when you can’t even call… 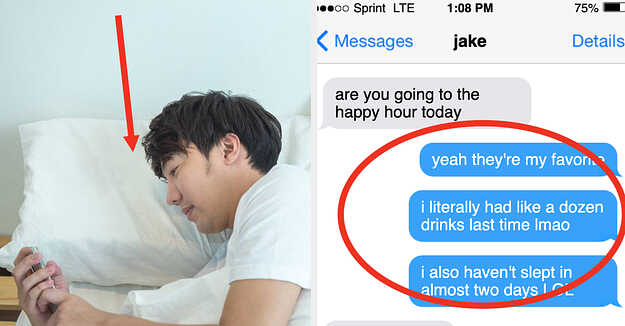 People Are Sharing Things People Often Think Are A Flex, But Definitely Aren’t

BUZZFEED On Saturday, Reddit user u/Kidney_boi asked , "What is something you’ve heard people boast about that they shouldn’t be proud of?" People came through with some A+ examples of stuff that folks often brag…

The VergeFor Google, a company that built its reputation on organizing the world’s information, the latest sales pitch to users is that it will try to do more with less of it. At its I/O 2022 developer conference on May… 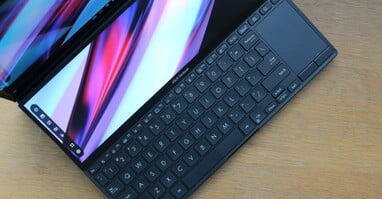 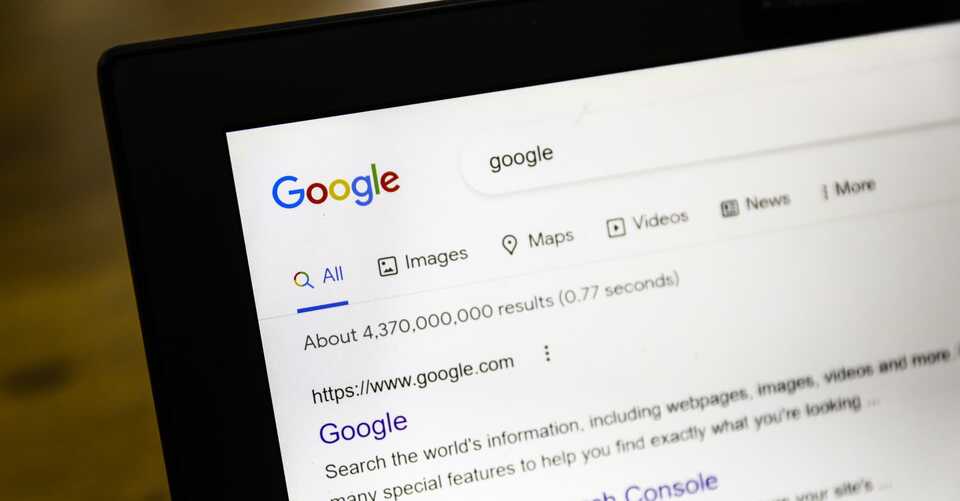 CNBCGoogle is finally making it easier for you to make sure your personal information doesn't show up in online search results – and all it took was hundreds of thousands of requests over nearly a decade. The…

New York Post It’s not a stairway to heaven – it’s a doorway on Mars. The image of what looks to be a symmetrical, hand-hewn Martian portal, captured May 7 by NASA’s Curiosity rover, has ignited a…

Social media yanking shooting videos faster – if not by much 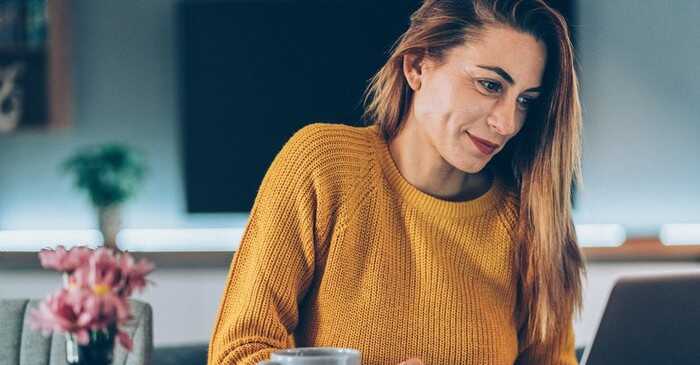 THE MOTLEY FOOL Image source: Getty Images If you have high-speed internet at home and feel the price is too much, you're not alone. It's not uncommon to pay a high monthly price for home internet. While prices can… 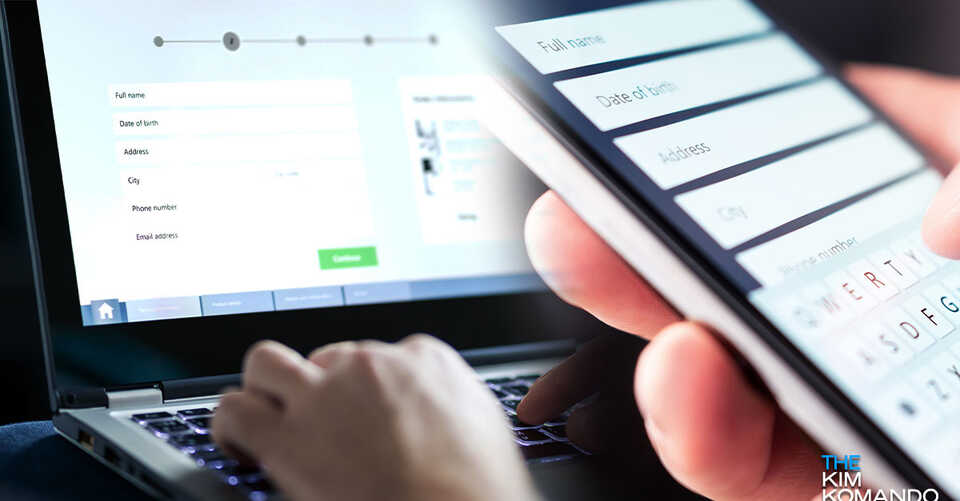 KOMANDO.COMAn effective way to get someone’s opinion on a product or service is to create an online form or survey. Other times, online forms are the preferred way to sign up for newsletters, register an account or buy… 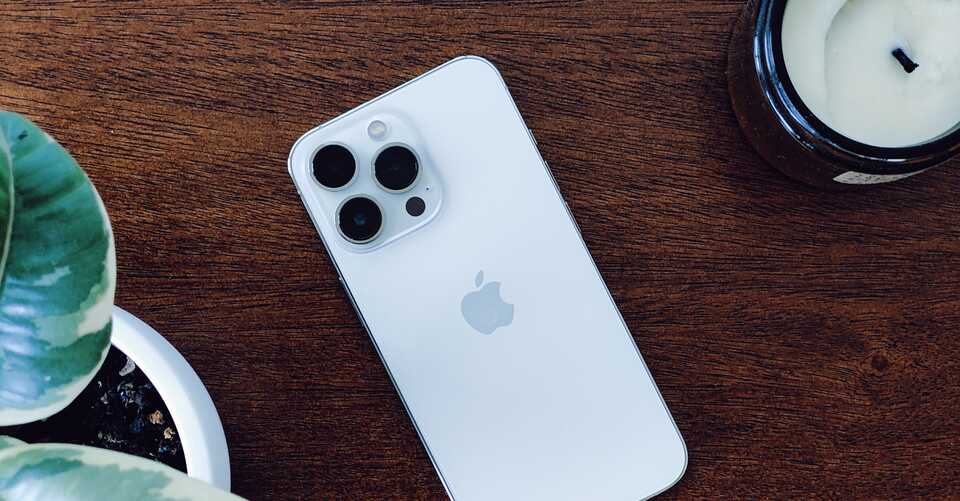 I Stopped Using an iPhone Case and Maybe You Should, Too 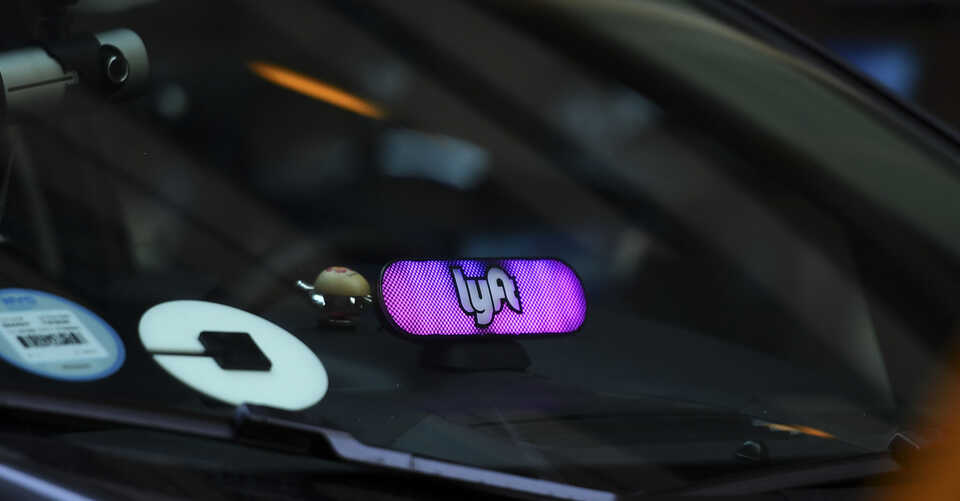 Fox BusinessNew York Gov. Kathy Hochul called for executives of social media companies to be held accountable on Sunday after a White 18-year-old allegedly posted a racist 180-page manifesto online before livestreaming a… 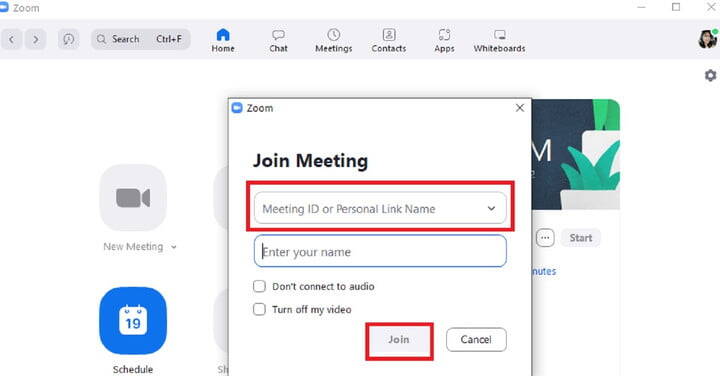 How to join a Zoom meeting

DIGITAL TRENDSThere's actually more than one way to join a Zoom meeting. And the method you choose depends on the kind of device you have and which type of Zoom software you plan to use. In this guide, we'll go over… 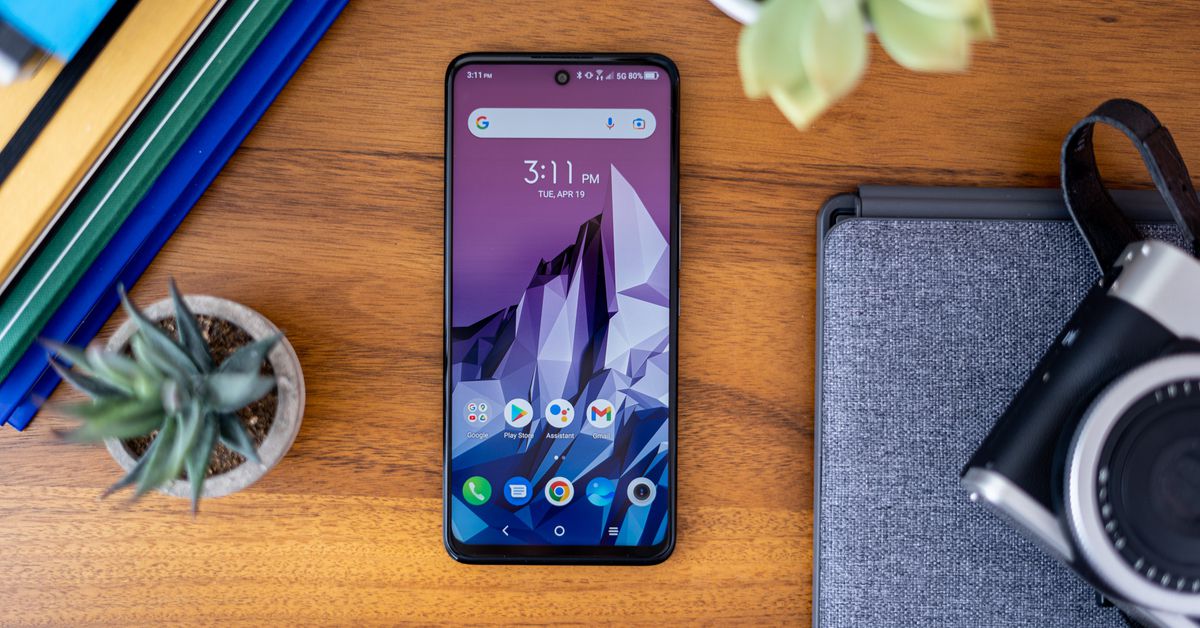 The VergeIf you find yourself face to face with the TCL 30 V 5G, chances are you’re at a Verizon store or on Verizon’s website contemplating its prospects as a “free” phone. Free is nice! But free may…

APPLE INSIDERAppleInsider is supported by its audience and may earn commission as an Amazon Associate and affiliate partner on qualifying purchases. These affiliate partnerships do not influence our editorial content. —… 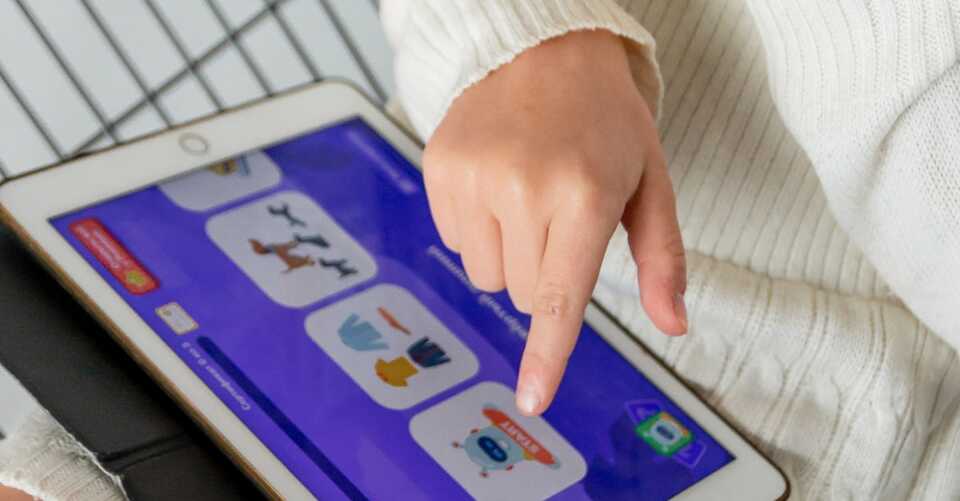 This top-rated app offers brain training exercises, and its on sale

POPULAR SCIENCE Stack Commerce It’s common practice to head to the gym a few times a week to get a workout in and build some muscle, but you ought to be doing exercises for your brain, too. After all, the brain is the most… 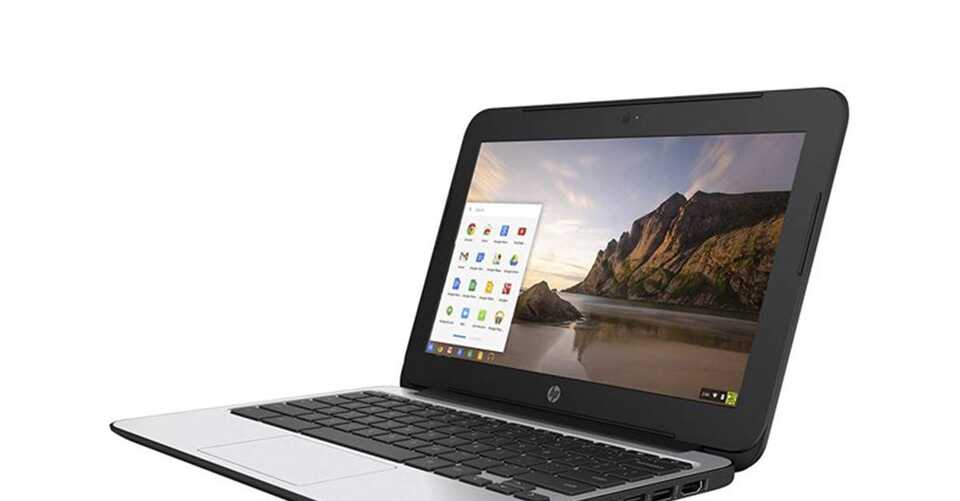 Get a refurbished 11.6-inch HP Chromebook with 4GB RAM for just $74

ZDNETThe following content is brought to you by ZDNet partners. If you buy a product featured here, we may earn an affiliate commission or other compensation. Are you carrying around — and paying for — more computer than you… 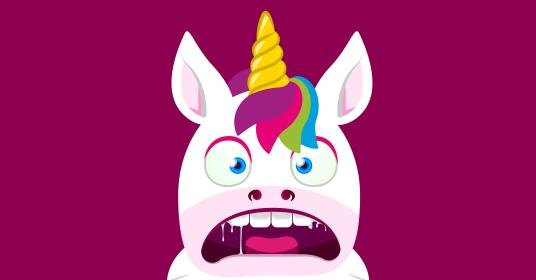 TECHCRUNCHThere’s widespread damage as a result of all of those red charts plummeting down and to the right: The decline in the value of public software companies has been a key leading...techcrunch.com<path…

What Are TCP and UDP Ports?

MAKEUSEOF.COMDo you ever wonder how the internet works? How from the comfort of your home you can send and receive pictures, emails, calls, and view websites from your device connected to the internet? These actions depend on… 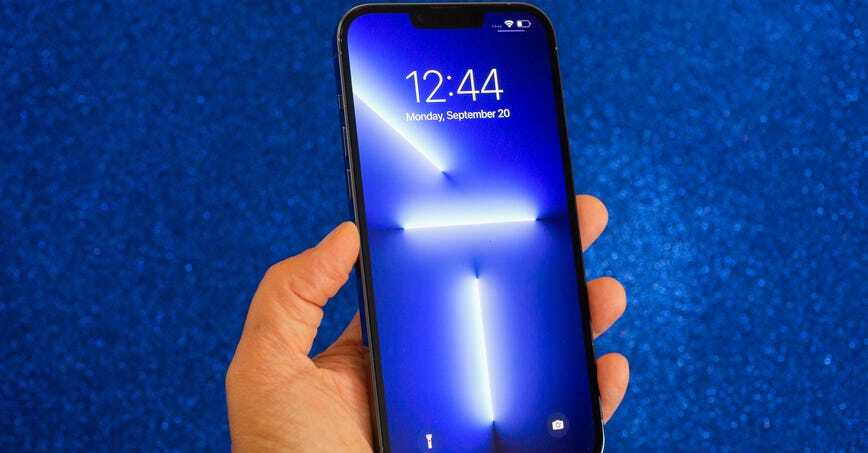 CNETWhen you open your iPhone in a dark room, you might find yourself squinting from the light of the screen -- even when the brightness setting is turned all the way down. Although Night Shift mode can help by replacing the…