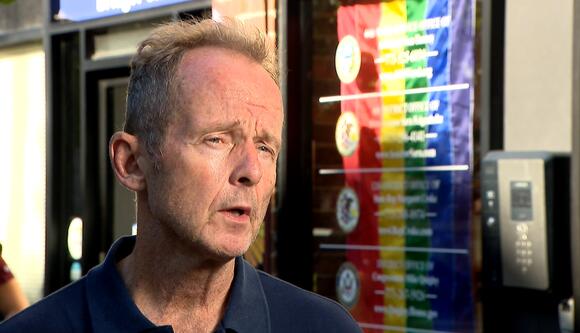 CHICAGO (CBS) — The Chicago Pride Parade is returning to the area on and around North Halsted Street this weekend after a two-year hiatus, but there are some safety concerns.

The city’s LGBTQ Pride Parade had to be canceled in 2020 and 2021 due to COVID-19 concerns. A plan to move the parade to October last year did not work out .

But this year, the parade is back – once again on the last Sunday in June. Estimates of up to 1 million people are expected to attend.

Ahead of the massive event, and following a violent incident on North Halsted Street in the wake of Pride Fest last weekend, Ald. Tunney is asking for more police resources.

With just days to go before the biggest summer event on the Northalsted strip, many are plenty excited.

“There’s a lot of pent-up energy out there,” said bartender Zach Zulkowsky of Bobby Love’s, 3729 N. Halsted St. “People are excited to be back out on the street, celebrate Pride.”

Ald. Tunney is excited too. But he says he is looking at this year’s parade a bit differently.

“What I see differently this year is an acknowledgment that we have a post-parade problem,” Tunney said.

In a letter from Tunney to police Supt. David Brown, the alderman bluntly asks for more resources calling the current Chicago Police safety plan for the parade “insufficient for the size of the crowds…”

“Specifically, the 8 p.m. to 4 a.m. shift,” Tunney said. “This is really important to put you on notice that this post-parade activity that goes until 4 in them morning definitely has to have more supervision.”

“We will have additional resources along the route, and afterwards for any festivities that happen afterwards,” he said.