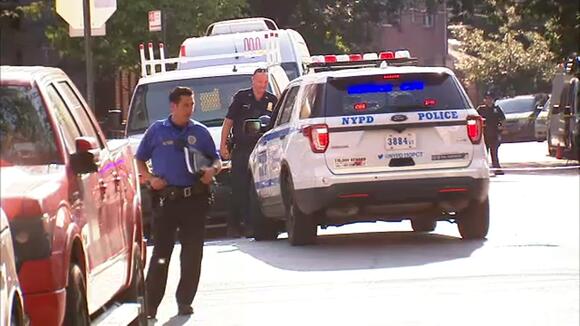 A warm Sunday turned violent after four people were shot, one fatally in Queens.

The shooting happened around 1:30 p.m. on 41st Ave near Warren outside a corner market in Elmhurst. The entire area was roped off for investigation.

Investigators say the victims were believed to be targeted and the shooting was most likely gang-related. The gunman reportedly fled on a moped.

The other three victims are expected to survive.

Many people in the neighborhood were outside enjoying the day – in fact, there was a packed street fair just a few blocks away from the shooting.

One resident says he was inside watching football when he heard the shots.

“Here it’s very dangerous. Not safe. Thought it was fireworks at first,” he said.

* Send us a news tip