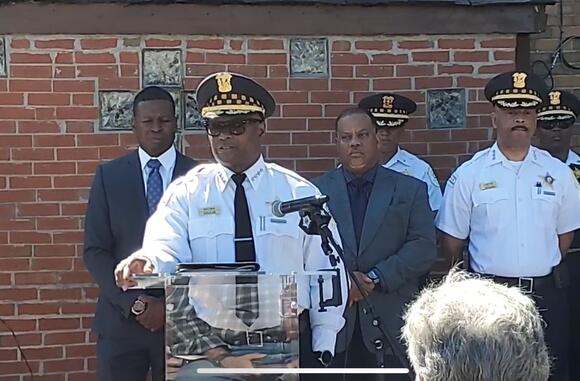 Although the celebrations led the City of Chicago to close off the Loop after gridlock Friday night , Brown said the festivities were overall peaceful.

Brown said it would have been wrong to tell people ahead of time the Loop was off limits to celebratory car caravans, but he said it became a public safety issue when emergency vehicles couldn’t get through quickly.

“Certain groups just want to come downtown to celebrate, and we need to try and figure out if there’s something we can penetrate in convincing them to go, maybe, in a different area that’s less intrusive on neighborhoods and public safety,” Brown said.

Brown said he would like a more organized event, like those five years ago, but the city is not there yet.

As for whether the City of Chicago should organize a place for the tens of thousands of people who participated in Mexican Independence Day car caravans, he told reporters that it’s not his call.

“I think this has to be a grassroots, bottom-up decision not dictated by the superintendent on where you can go to celebrate,” Brown said. “I think this community has its own thoughts, and who am I to dictate where.” Read more – WBBM NEWS RADIO