3-year-old boy in critical condition after being pulled from Lake... 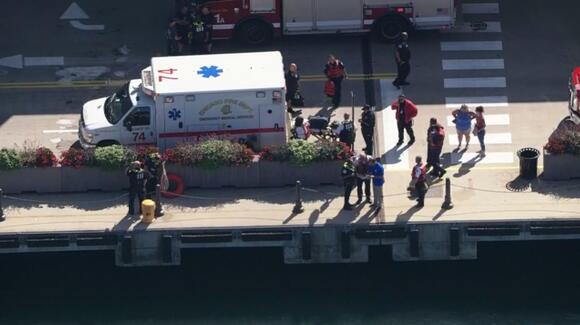 CHICAGO (CBS) — A 3-year-old boy was rushed to the hospital Monday afternoon after he was pulled out of Lake Michigan near Navy Pier.

Police said the child went into the water along the north end of Navy Pier around 1 p.m.

The boy was pulled out of the water around 1:40 p.m., and a Chicago Fire Department spokesperson said the boy was taken to Lurie Children’s Hospital in critical condition.

It’s unclear how the boy managed to get over the barriers along the pier, and then tumble several feet into the water.

It’s also unknown if the boy hit his head on anything when he fell over, or how long he was underwater before divers pulled him out.

After the boy was puled out of the water, police set up a crime scene along the north end of Navy Pier, with part of the pier blocked off with red crime scene tape.