3 Texas restaurants, 2 in Dallas-Fort Worth, named to NY... 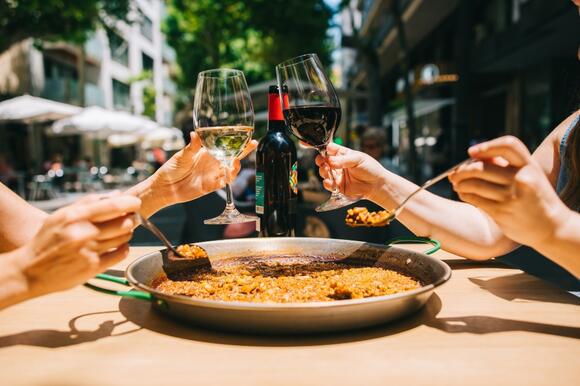 DALLAS (KDAF) — We all know that Texas is home to some of the best foods in the world, let alone the country. Specialties like TexMex, BBQ, and more are near and dear to the hearts of Texans as well as frequent visitors to the Lone Star State.

The New York Times is one of the most popular publications in the country and has recently released a list of the 50 restaurants in America they’re most excited about in 2022. “While we love to see a dynamic new dining room open its doors, we’re equally impressed by kitchens that are doing their best work years in. So while some of our picks debuted just this summer, others have been around for decades. The one thing they do have in common: The food is amazing.”

It’s no shock that three Texas cities are home to some of the restaurants listed on NY Times 50 most-loved restaurants in 2022:

Here’s what you need to know about these Texas restaurants

“Traditional meets modern in this new age Caribbean restaurant, tucked away on the east side of Austin. Named after the Canje pheasant, national bird of Guyana, Canje pulls inspiration not just from mainland Guyana, but from Jamaica to Puerto Rico, and all the islands in between. The passion project of Guyanese native Chef Tavel Bristol-Joseph, Canje’s menu explores the cooking techniques, ingredients, and many expressions of vibrant food across the entire region.”

“Sister is a restaurant project from Duro Hospitality. Sister will live in the halls of the famed Grape, a Dallas icon for over 40 years. She will serve loosely Italian-inspired neighborhood fare, wood-fired meats and fish, daily house-made pasta, and lightly Mediterranean-inspired cuisine. The design will feel like a family Trattoria that has grown through the years including collected memorabilia giving the space a quirky and playful feeling. Sister will be a relaxed and comfortable neighborhood spot for every day. Sister is open seven nights per week.”

The restaurant’s menu is influenced by the…