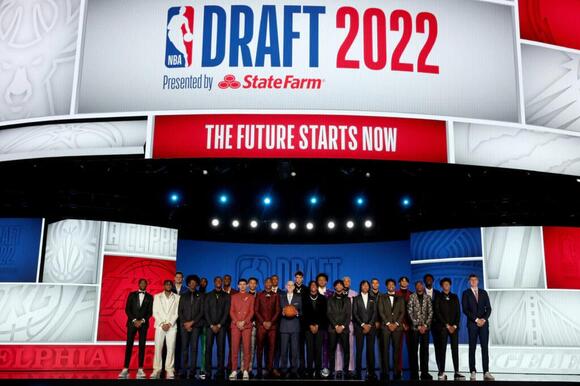 2022 NBA Draft tracker: Check out this page throughout the annuel event in Brooklyn Thursday evening . We’ll update each pick as they come in with grades for every selection and trade made in the first round.

Chet Holmgren and Jabari Smith are considered the top-two prospects in the draft. Former formr Duke star Paolo Banchero isn’t too far behind as the third-best prospect according to most experts.

As for the teams, the Orlando Magic and Oklahoma City Thunder will kick things off with the Thunder boasting a second lottery pick after another down season . Below, check out our NBA Draft tracker with grades, analysis and a lot more. 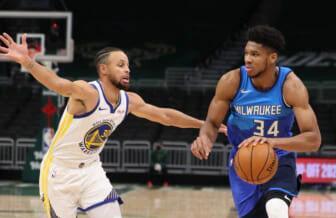 In what has to be considered one of the biggest surprises atop the NBA Draft in some time, the Magic have gone with this former Duke standout at No. 1 overall. Jabari Smith was the odds-on favorite in the months leading up to the draft. That changed mere minutes before Orlando was on the clock.

This isn’t necessarily a bad selection. The 6-foot-10 Banchero displayed flashes of brilliance en route to leading Duke to the Final 4 as a freshman. The Washington native averaged 17.2 points, 7.8 rebounds and 3.2 assists. He also shot 48% from the field and looked darn smooth in his mid-range game. This pick adds to a core group that includes 2021 lottery selections Jalen Suggs and Franz Wagner in Orlando.

From an overall skill standpoint, the dude can be an absolute force out of the gate. He averaged 14.1 points and 9.9 rebounds on 61% shooting as a freshman. That included a 39% mark from distance. You don’t see that type of ability to stretch the court from someone Holmgren’s size.

This type of performance made Holmgren a generational-type product leading up to the draft and OKC pounced big time. Shai Gilgeous-Alexander and Josh Giddey now have another young running mate — one that’s styling . This is a great young core three. 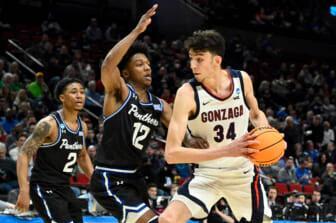 At 6-foot-10, it’s pretty sensational that Smith can shoot so well from the outside. In today’s NBA, that’s a point of emphasis for teams. That is to say, bigs who can stretch the floor.

Houston now adds another core piece to go with 2021 lottery pick Jalen Green as the team looks to expedite its rebuild. As the No. 1 player on our big board, Smith was a home run of a selection.

We had Murray heading to Sacramento in our final mock draft . That’s primarily due to rumors coming out of California’s capital city that he would be the selection. It’s also important to note that the Kings have two starting guards and Jaden Ivey didn’t necessarily want to head to the organization.

How good was Murray this past season? He dropped north of 20 points in all but 10 of his 35 games. Sure a bad performance in a loss to Richmond in the NCAA Tournament leaves a bad taste in his mouth. However, this is a tad of a reach.

This could not have worked out better for Detroit. There was even talk that Detroit might look up to the fourth pick and select this two-way guard. Instead, he falls on the team’s lap with the fifth pick and will team up with 2021 No. 1 pick Cade Cunningham to form an elite young backcourt.

Electric. Quick. These are two things that came to define Ivey’s two-year career with the Boilermakers. It showed during his sophomore season with the South Bend native averaging 17.3 points, 4.9 rebounds and 3.1 assists.

Our No. 6 prospect heading into the NBA Draft, Bennedict Mathurin lands at that exact spot. He will now join a perimeter-heavy Pacers squad that includes fellow youngsters Chris Duarte and Tyrese Haliburton in the backcourt.

The 6-foot-7 wing can play three different perimeter positions. Last season alone for Arizona, he averaged 17.7 points to go with 5.6 rebounds on 45% shooting. Mathurin was also a career 38% three-point shooter at Arizona. He’s a great fit in Indiana. 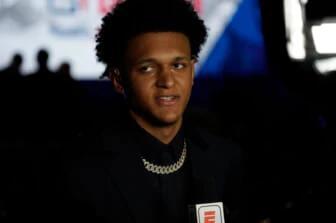 One of the more-intriguing prospects in the 2022 NBA Draft, Sharpe didn’t suit up for a single game for Kentucky. But the upside is absolutely unlimited here. We’re talking an electric guard with some solid shooting ability and elite talent.

It’s an interesting fit in Portland. The Blazers just recently traded for Jerami Grant to team up with Damian Lillard and Anfernee Simons. Is Sharpe flipped for a more pro-ready asset? We’re not sure.

Dyson Daniels becomes the latest player to come out of the G-League and land in the first round. At 6-foot-8, Daniels plays both guard and forward. He may have a raw offensive skillset for now, but Daniels does a bit of everything on the court, and averaged 12.1 PPG, 7.1 RPG, 5.1 APG, and two steals per game with the Ignite.

Daniels has explosive athleticism and can handle the rock, but his shooting skills could stand to improve. After shooting 44.9% from the floor, it’s an area Daniels will continue to work on as a pro.

Baylor’s Jeremy Sochan becomes Gregg Popovich’s latest project. Landing with the San Antonio Spurs, Sochan joins a team with a strong history of developing draft picks. As is, Sochan is a strong defender with a long 7-foot-5 wingspan. He already has a strong basketball IQ and is a willing rebounder, coach Pop can help him with the finer points of the game.

At 6-foot-8, Sochan can guard multiple positions, but shot just 29.6% from distance in his lone year at Baylor. Still, if he can continue to defend and rebound, skills that usually translate well, Sochan can be a difference-maker as a rookie.

The Washington Wizards took a scoring guard? This appears to be an odd fit with Bradley Beal as their shooting guard. Though, general manager Tommy Sheppard did indicate a willingness to allow Beal to play point , which Davis likely can’t, it’s a surprising pick.

But, as far as Johnny Davis the player, he has the potential to have a bright future. Davis is a big-time gamer who plays his best when the pressure is on. He may not have long-range distance, but make no mistake, Davis is a bucket-getter, whose best trait is his ability to score.

A 6-foot-10 Frenchman with great length who can play guard or forward, Ousmane Dieng becomes the latest fascinating project the Oklahoma City Thunder have hitched their cart to, joining Chet Holmgren and others. Dieng can handle the rock, he can dish it, but his scoring ability will have to continue to be refined.

The Oklahoma City Thunder are starting to cash in some of their draft picks. Joining Chet Holmgren and Ousmane Dieng will be Jalen Williams out of Santa Clara. He’s an extremely lengthy guard at 6-foot-6 with a 7-foot-2 wingspan, that clearly possesses some eventual defensive upside. But for now, his offensive game is what’s gotten him selected at No. 12. We could look back years from now and see this pick as a true steal.

The Charlotte Hornets originally held this pick, but evidently the Detroit Pistons and New York Knicks got involved with a three-team trade, which ultimately lands Jalen Duren in Detroit. It’s an interesting fit, as they also have Isaiah Stewart, who’s also a defensive big, but Duren has much more length, with a 7-foot-5 wingspan. After averaging 2.1 blocks per game serving as an intimidating paint presence, Duren will now look to do the same in the NBA, joining Jaden Ivey.

The Cleveland Cavaliers continue to add players who can fill multiple roles. In this case, Ochai Agbaji serves as a 3-and-D specialist who can take over as the eventual shooting guard once Collin Sexton’s future becomes clear. After helping lead Kansas to the Final Four, look for Agbaji to have an immediate role with the Cavs as a rook.

Despite the Charlotte Hornets passing on the opportunity to select Jalen Duren, they’ve still managed to land an elite shot-blocker with Duke’s Mark Williams just outside the lottery. Williams is a paint protector in the truest sense, swatting 2.8 shots per game his sophomore year and now the 20-year-old big will join LaMelo Ball in Charlotte.