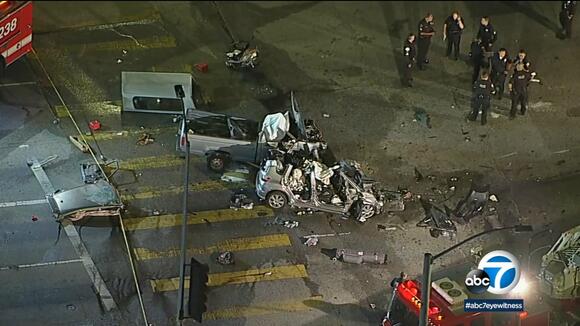 Two people were killed in a fiery multi-vehicle crash in Wilmington Thursday evening, according to the Los Angeles Fire Department.

The crash was reported just after 8:15 p.m. in the area of Lomita and Avalon boulevards.

Footage from the scene showed two heavily damaged cars that were left charred. One car had its roof completely ripped off.

Witness video also showed huge flames tearing through one of the vehicles involved.

LAFD says a person in each vehicle was killed.

Paramedics were called to the scene and found one person dead inside one of the vehicles. Paramedics…