$15M settlement for mom of 6 killed in Chicago police... 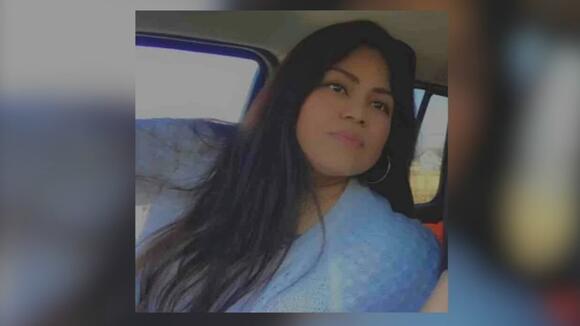 Chicago’s Finance Committee approved a $15 million settlement with the estate of a woman killed in a crash with a CPD squad car during a police chase in 2020.

A Chicago police squad car hit Guadalupe Francisco-Martinez’ vehicle during a chase on the night of June 3, 2020, in Lakeview. The 37-year-old woman died as a result of her injuries and left behind six children. The youngest was just six years old at the time.

On Monday, the city’s Finance Committee agreed to a $15 million settlement, which will next go to the full City Council for final approval.

A suspect was taken into custody after leading police on a high-speed chase throughout Chicago Wednesday night.

“She had to be extricated from her car by the Chicago Fire Department and was taken to the hospital and into emergency surgery where she died,” said Mary Ruether, an attorney for the city of Chicago. “There will be enormous sympathy for the family of Ms. Franco-Martinez, who endured such a tragic event. And if a jury were to aware damages, it could be significantly more than the settlement amount of $15 million dollars.

Marcel Oliver was charged with murder in Francisco-Martinez’ death, as he led police on the chase across the city that led to the crash, according to CPD.

Oliver, who lived in Fernwood, was driving a dark-colored Jeep about 8:15 p.m. near 115th Street and Cottage Grove Avenue when officers noticed it was possibly wanted for several crimes in the nearby suburbs, police said. They tried to curb the Jeep in the 9400-block of South Union Avenue, but it took off and led police on a chase into Irving Park on the Northwest Side. Oliver’s car allegedly reached speeds exceeding 100 mph.

While chasing the Nissan with their sirens activated, a marked squad car slammed into a Ford Explorer traveling north on Ashland Avenue, police said. The driver, Francisco-Martinez, was taken to Illinois Masonic Medical Center, where she died.

Her family said she was on her way home from her first day at a new job.

“I’m sad to see this happen and see so many young kids be left behind,” said Ald. Jason Ervin, 28th Ward.

Francisco-Martinez’ daughter, Jaritzi Escobar, said she called her mother for hours that night.

“I thought someone stole her phone with everything going on,” she said. “My siblings were waiting for her, looking out the window for 30 minutes straight. She never got home. That lady was my best friend.”

The squad car spun out and and hit a Hummer stopped at the red light, police said. The Hummer’s driver, a 62-year-old man, and two passengers, a 29- and 44-year-old woman, were all taken to Northwestern Memorial Hospital in fair condition.

Two officers were injured in the crash, as well and were in fair conditio…