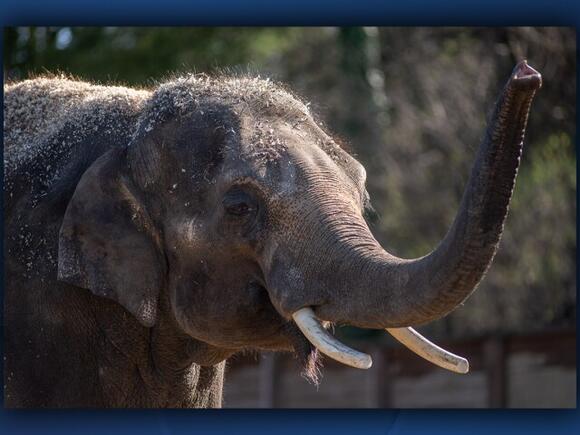 The Columbus Zoo announced Saturday that it is “heartbroken after sudden loss” of one of its most beloved animals — a 13-year-old elephant named Beco.

According to the zoo, Beco died from Elephant Endotheliotropic Herpesvirus (EEHV), which is a “life-threatening virus affecting elephants living in the wild and in sanctuaries and zoos worldwide.”

On Thursday, zoo employees noticed Beco was acting lethargic and they had some blood samples collected and tested. The samples confirmed Beco was positive for active EEHV.

Caretakers and medical professionals at the zoo immediately began a plan of care and administered fluids and medication but treatment was unsuccessful. Beco died Saturday around 11 a.m., the zoo said.

Beco was born at the zoo and lived his entire life there. His parents are Phoebe and Coco. Beco’s name is a combination of parts of his parents’ names.

He’s been a favorite at the zoo since his birth and his “spirited personality” will be greatly missed.

“The loss of any animal is hard, but losing a young, elephant is especially devastating. We are extremely grateful for the support we have received from our colleagues at other zoos, and the condolences from our community, who mourns with us. Even during these sad times, Columbus Zoo staff remains committed to the future of wildlife and we take some comfort knowing that valuable scientific data from Beco’s illness will be applied to helping to save the lives of other elephants,” said Tom Schmid, president and CEO of the Columbus Zoo.

The zoo is home to six other elephants—all of whom have been tested for the virus and show negative results. The remaining elephants of the Zoo’s herd are being closely monitored.

According to the zoo, younger elephants are more susceptible to the virus but it can affect older elephants as well.

“Regardless of age, EEHV does not discriminate between zoo elephants and elephants in the wild. Whether it’s a calf at a zoo or the young of a herd in the wilds of Asia, EEHV can strike without any known causes or reason,” the zoo said.

Prior to Beco becoming ill, the zoo was already collaborating with an EEHV advisory group to work towards the prevention and treatment of the devastating virus in elephant populations worldwide. The zoo previously had plans in the works for an EEHV lab to be built and it is scheduled to be opened later this summer.

“This is a devastating and unpredictable virus, and we are heartbroken by this tremendous loss. There is some comfort in knowing that Beco’s legacy will live on in what we learn from this experience, which will ultimately help save other elephants’ lives. We are grateful for the support of our zoo colleagues across the country and the kindness of our community. We are mourning Beco’s loss together and finding strength in leaning on one another,” said Dr. Jan Ramer, SVP of Animal Care and Conservation.

Download the News 5 Cleveland app now for more stories from us, plus alerts on major news, the latest weather forecast, traffic information and much more. Download now on your Apple device here , and your Read more – NEWS 5 CLEVELAND WEWS