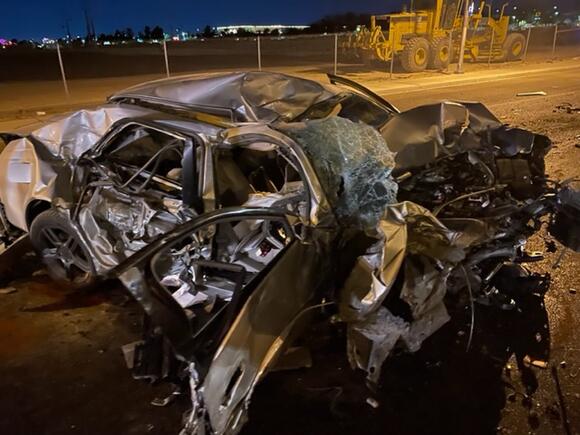 The crash happened on Wednesday just before 10:30 p.m. on Carey Avenue near Rancho and Simmons Street.

John Holmes, 43, died due to blunt force injuries, the manner was accidental, according to the Clark County Coroner’s Office.

Holmes died at the scene, and no other injuries were reported.

The driver of the tractor trailer stayed on the scene and cooperated with the investigation.

Police say excessive speed could be a factor in the crash.

The investigation is ongoing at this time.